Less than two months ago, President Obama claimed that speculators were (or at least might be) artificially driving up the price of oil—a notion that some politician or pundit  brings up every time gasoline looks expensive. The idea fades when the market changes direction. Thus in recent weeks, economies worldwide took a turn for the worse and the price of oil came down a notch.

In April, Mr. Obama was trying to reduce his exposure to criticism about high gas prices—which in part reflect high transportation costs due to legal restrictions, as we pointed out here.  His response was politics as usual. However, the President was not content with repeating the well-worn rhetoric against speculators. He also asked Congress for additional money to regulate oil markets.

“We can’t afford a situation where speculators artificially manipulate markets by buying up oil, creating the perception of a shortage, and driving prices higher–only to flip the oil for a quick profit,” the President said at that time.  The extra budget he requested was for the Commodity Futures Trading Commission to monitor the market.

How would a regulator know that someone bought oil futures to create “the perception of a shortage” rather than simply to benefit from an expected price movement? The action of buying is the same whether you expect the price to go up or you want to push it up.  There is no way to distinguish one motive from the other by watching the trades.

The fact is, this does not matter. The point of the regulatory initiative was to send the public a message that something is being done. That the policy is incoherent is beside the point. The purpose was for Mr. Obama to make a political statement; the effect on markets is likely minimal anyway.

That moment is now past, oil is less expensive and the spotlight is on other political issues. But if Congress provides the $52 million the President asked for – or even if it does not – resources will be spent to expand bureaucracy and an already mind boggling body of rules. The politics comes and goes but leaves a permanent residue. With every bit of additional regulation, the government  constructs a more comprehensive straitjacket for the economy.

The price of gasoline is only one example of the broader problem of political-regulatory ratcheting up. With oil, the political issue is its being expensive, so traders get the blame for driving the price higher, not lower—as the price heads down, we have not been told that speculators are manipulating the market downward. By contrast in stock markets traders are often blamed for falling prices. Thus in the financial crisis, banks complained of short sellers driving down their share price. Thereupon the US Securities and Exchange Commission banned the short selling of financial stocks.

So depending on what the political agenda of the day is, speculators can be taken to task for either a high price or a low price. Either way, the political mood tends to be ephemeral but the regulation it helps create stays on and we all bear the costs.

What we need is a waiting period for all regulatory proposals—say five years. Each proposal should be considered only after its waiting period is up, if it does not sound silly by then.

A Year Wasted, But A Mission Accomplished 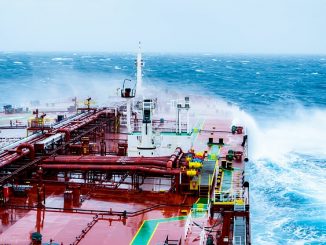