With 2011 just barely out of the starting block, there are a lot of developments across our global economic landscape. What do I see? Long term interest rates are flashing warning signs. How so?

Many reasons domestically and internationally, but especially the following:

The yield curve in the United States is at an historically steep slope (difference between short term rates and long term rates). What is that telling us? Historically, a very steep slope in our yield curve has been an indication of an incipient economic slowdown; however, we are not living through normal times. What does the steep slope mean currently? In my opinion, the curve is telling us the following:

>>Inflationary pressures abroad, especially in emerging markets, are pressuring rates higher in those economies and that dynamic is pushing our rates higher domestically. These higher rates will serve as a headwind for our domestic economy, especially within the housing sector.

>>The market is not confident that our fiscal deficit problems will be addressed in a meaningful fashion. Thus, the market is stating that it will charge a higher rate to finance the deficit. This phenomena is nothing more than the classic ‘crowding out‘ reality. As our investing primer indicates:

While Investopedia is a tremendous resource, I would challenge the basic assumption that the government can always pay the market interest rate. Why is that? Let’s navigate further and investigate where governments globally and domestically may not be able to pay the market rate.

Excessive debts can be addressed by devaluation, default, or restructuring. Is there any doubt that the Federal Reserve is undertaking a program to devalue our debt via its massive quantitative easing program and accompanying negative real interest rate policy? There is no doubt.

What about defaulting on our debt? Would the United States ever default on its debt? Perhaps not when we have a central bank which can merely print money and devalue the debt. That said, the threat of default at the sovereign and state level is a powerful force which can be used to restructure outstanding indebtedness. Really?

Could a sovereign nation or one of our own states actually threaten to default in an attempt to force bondholders to restructure its debt? Are the tools and mechanisms typically utilized in the distressed credit markets now playing out in the world of global and municipal finance?

While no central banker would give any credence that the threat of default and subsequent restructuring is a potential reality, indications behind the scenes are that these discussions are ongoing. Let’s investigate further.

A euro zone source said the ministers were discussing whether the euro zone rescue fund should be empowered to extend credit to Greece so the country could buy its bonds from secondary markets at a discount to their nominal price.

A Government spokeswoman declined to comment last night on German media reports that the question of Irish restructuring is already on the table. According to the euro zone source, the ministers did not examine Irish restructuring during their talks this week.

Still, the rationale offered for any Greek restructuring could set a precedent to restructure Irish debt if Ireland remained shut out from private debt markets near the end of its EU-IMF programme.

The discussions about Greek debt were denied yesterday by Greece and Germany, whose support would be crucial if the initiative is to take flight. They have also been denied by the commission. “This is nonsense,” said the spokesman for economics commissioner Olli Rehn.

Typically, when a government spokesman uses the phrase, “this is nonsense,” sense on cents indicates that means “this is really happening.”

Could similar debt restructuring occur within the municipal markets here in the United States? Let’s dig a little deeper. This morning, The New York Times highlights Path Is Sought for States to Escape Debt Burdens:

Policy makers are working behind the scenes to come up with a way to let states declare bankruptcy and get out from under crushing debts, including the pensions they have promised to retired public workers.

Unlike cities, the states are barred from seeking protection in federal bankruptcy court. Any effort to change that status would have to clear high constitutional hurdles because the states are considered sovereign.

But proponents say some states are so burdened that the only feasible way out may be bankruptcy, giving Illinois, for example, the opportunity to do what General Motors did with the federal government’s aid.

Beyond their short-term budget gaps, some states have deep structural problems, like insolvent pension funds, that are diverting money from essential public services like education and health care. Some members of Congress fear that it is just a matter of time before a state seeks a bailout, say bankruptcy lawyers who have been consulted by Congressional aides.

Bankruptcy could permit a state to alter its contractual promises to retirees, which are often protected by state constitutions, and it could provide an alternative to a no-strings bailout. Along with retirees, however, investors in a state’s bonds could suffer, possibly ending up at the back of the line as unsecured creditors.

“All of a sudden, there’s a whole new risk factor,” said Paul S. Maco, a partner at the firm Vinson & Elkins who was head of the Securities and Exchange Commission’s Office of Municipal Securities during the Clinton administration.

For now, the fear of destabilizing the municipal bond market with the words “state bankruptcy” has proponents in Congress going about their work on tiptoe. No draft bill is in circulation yet, and no member of Congress has come forward as a sponsor, although Senator John Cornyn, a Texas Republican, asked the Federal Reserve chairman, Ben S. Bernanke, about the possiblity in a hearing this month.

Lawmakers might decide to stop short of a full-blown bankruptcy proposal and establish instead some sort of oversight panel for distressed states, akin to the Municipal Assistance Corporation, which helped New York City during its fiscal crisis of 1975.

Mr. Maco said the mere introduction of a state bankruptcy bill could lead to “some kind of market penalty,” even if it never passed. That “penalty” might be higher borrowing costs for a state and downward pressure on the value of its bonds. Individual bondholders would not realize any losses unless they sold.

But institutional investors in municipal bonds, like insurance companies, are required to keep certain levels of capital. And they might retreat from additional investments. A deeply troubled state could eventually be priced out of the capital markets.

– increasing threats of inflation from emerging market economies.
– crowding out concerns stemming from our out of control federal deficit
– pressure to refinance and ultimately restructure massive fiscal deficits in sovereign and municipal markets. 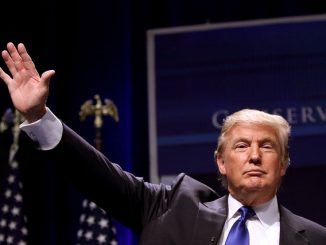 The Fed and the Discount Rate