According to Peter Diamandis –founder and executive chairman of the XPRIZE Foundation, also co-founder and executive chairman of Singularity University — we’ve reached the point in our evolution where we’re growing far too fast that in about 30 years, we might actually be able to give birth to a brand new kind of species. He’s calling this evolutionary step a “Meta-Intelligence” and he describes it as a future where we are all highly connected: “brain to brain via the cloud—sharing thoughts, knowledge and actions.”

He discussed this topic in an essay published in Singularity Hub last December 2016.

To explain the unfolding transformation, he begins with a timeline of our evolution process. 4.6 billion years ago, our solar system was formed. 3.5 billion years ago, the simplest forms of life called “prokaryotes” came into being. These were microscopic single-celled organisms which were basically just a blob of cytoplasm with random DNA. One billion years later, “prokaryotes” evolved into “eukaryotes” — lifeforms that learned to integrate technology into their DNA. Another one billion years passed and “eukaryotes” learned to work together to form the first multi-celled organisms (of which humans are examples of). Finally, after another 1.1 billion years passed, lungfish from the oceans ventured into land and so the Earth became populated with ocean and land creatures.

It took billions of years to evolve from single-celled life forms to what we humans are today. But we are still evolving, and now we’re doing it millions of times faster than before, and instead of the natural selection process (the Darwinian form of evolution), we’re now doing it by ‘intelligent direction’.

Diamandis makes an interesting analogy about it. We humans are starting out like prokaryotes, living independently of each other, but occasionally interacting via competition or collaboration. Then we discovered technology and the Internet. And we began connecting with each other in different ways and at different levels. And so we begin to become like eukaryotes, integrating technology into ourselves, allowing us to manipulate energy, make better use of information through brain-computer interfaces or BCIs, and create artificial intelligence or AI.

With BCIs and AI, humans become even more connected via the cloud. And just like the eukaryotes that learned to collaborate and give birth to multi-celled organisms, the interconnected humans will eventually bring about the birth of a new species and a new organism — the Meta-Intelligence.

Finally, humans will stop being content with staying grounded on Earth. And like the lungfish that crawled out from the oceans, we too will make the leap to venture out of our home planet and travel to other worlds, making us a multiplanetary species.

While Diamandis admits that his idea of evolution might be too far-fetched, from what he explained, it doesn’t really seem so. In fact, his conclusions seem quite logical, especially because we are already seeing all of these previously unimaginable concepts as reality.

What’s even more interesting is this: Diamandis predicts a new species will emerge in about 30 years, a timeline that uncannily coincides with the technological singularity — what well-renowned futurist Ray Kurzweil says will happen in 2045 when nonbiological intelligence or artificial intelligence begins to surpass human intelligence.

Whether our evolution towards Meta-Intelligence and our progression to the point of Technological Singularity will be favorable to our species or not remains to be seen. But since we still have about 30 years, it will be up to us to make sure that we evolve towards what’s best for us, and not towards what will lead to our doom. 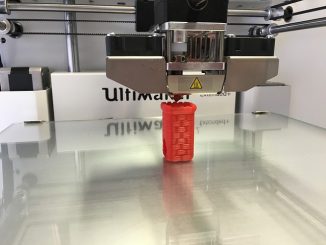