Following the successful landing of Mars Curiosity Rover on the red planet in August 2012, NASA is already knee-deep in its plans to duplicate the feat, this time, through a robotic probe they’re calling ‘Mars 2020’.  And while the use of rovers has brought Mars exploration to a whole new level, NASA knows it can do so much better. Specifically, there has got to be a way to improve on the travel range which is presently about 10 miles (or 16 km) every 4 1/2 years. So aside from plotting Mars 2020’s landing at a different spot from where Mars Curiosity rover landed, NASA will also equip Mars 2020 with a different set of equipments. And this will include flying drones.

Due to the growing popularity of drones, sending flying ones to Mars seems like a sensible idea. But it won’t be without its challenges. For starters, Martian atmosphere is way thinner compared to our own atmosphere. This means an aircraft would need to have wings that are large enough to compensate for the thin air. Mars also has extremely harsh conditions. To survive this aspect, a drone would have to be strong enough, otherwise, any damage it incurs will likely spell the end of its mission because any means of repairing it are roughly 100 million miles away.

To work around these challenges, NASA is designing its own drones that would complement the work of its rovers. Together, drones and rovers can ideally cover more ground faster. And having a drone will make it possible for a more direct investigation of interesting features — instead of relying on the use of telescopes, observation can be done directly through the drone’s ‘eyes’.

Currently, NASA’s Mars drone is in its prototype stage. It’s rechargeable and is designed as a Vertical TakeOff and Landing (VTOL) aircraft that is capable of handling long-range missions on its own, meaning, no human intervention needed.

As reported by New Atlas, it will supposedly make use of new battery and motor technologies that would enable the drones to fly over large areas multiple times, transitioning from vertical flight mode to take off from the ground, then to horizontal flight mode to cover long distances. Equipped with advanced mapping and remote sensor systems, the drone will be able to do its own exploration safely and comprehensively.

After the drone is done with its mission, it will simply return to the rover for recharging, then proceed to its next mission.

The Mars drone prototypes are already undergoing testing. With almost 3 years left until the next scheduled Mars mission, there’s no reason to think that the drones will not be ready in time. And if they are able to accomplish their mission on Mars, NASA envisions that they would eventually be able to explore other areas and hopefully help find a new home for us. And they better hurry because in the words of Stephen Hawking, we probably only have about 1,000 years left on Earth. 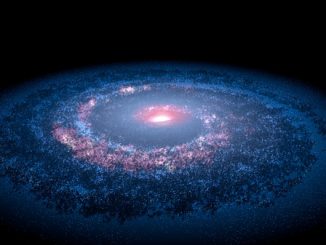