As we get older, DNA damage accumulates in our cells until at some point, repair is no longer possible prompting the cells to be left with 3 options: turn cancerous, become senescent (enter a semi-dormant state in which the cells are no longer capable of dividing), or self-destruct.

Self-destructing is best; becoming cancerous is worst; turning senescent is neither good nor bad. At least that has been the believe for a long time. Until researchers discovered that senescent cells were not completely harmless. As it turned out, these cells secrete harmful junk that contribute and cause age-related diseases by causing damage to nearby cells.

Last year, research showed that by removing senescent cells, lifespan of mice increased by an average of 20%.

A recent study done by a research team from the Erasmus University Medical Center in the Netherlands validates what removing senescent cells can do. According to the research, which was published in the journal ‘Cell’, by infusing senescent cells of mice with a protein called peptide, it became possible not only to delay aging, but potentially reversing it too.

The peptide molecule works by blocking the protein FOXO4 from telling p53, another protein, not to self-destruct. By preventing this ‘conversation’ from taking place, the peptide succeeds in making the cells commit suicide, a process known as apoptosis. In short, the peptide stopped FOXO4 from interfering, thereby allowing p53 protein to freely do its job of destroying senescent cells.

The results of the experiment did not become evident simultaneously. Instead, the results manifested over different periods of time. Specifically, recovery of missing patches of fur in mice began to show after 10 days. Then after 3 weeks, there was evidence of improved fitness — injected mice started running twice the distance that untreated mice could cover. After 1 month, markers that indicated improved kidney function began to appear.

These findings suggest that by coming up with therapies that can eliminate senescent cells, it might help protect the body against the harmful conditions caused by old age. Eventually, such type of therapies may even help people live longer. But that will of course require many more tests.

It’s important to note that the peptide only works on senescent cells. Giving it to healthy cells is useless. Also, as senescent cells promote wound healing, destroying a large number of these cells might prove harmful, especially to cancer patients. Which is why the team is proceeding carefully.

For now, they are planning on carrying out clinical trials on patients with Glioblastoma multiforme, an aggressive kind of brain tumor in which cells show a similar marker that’s also found in senescent cells. The hope is that the peptide molecule can be used to treat this form of cancer. If it’s proven safe, that will be their cue to test the peptide’s effectiveness against aging — which is time we recognize it as a condition that can be manipulated, treated and delayed — and age-related diseases. 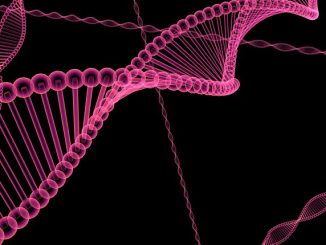 Scientists Have Filmed DNA Replication for the First Time Ever