Motorola is bringing in another member of the Moto G family with the Moto G4 Play. This economical phone is even less expensive than the first models that were released but its features are much better than the Moto E line. Some say it looks like the little brother of Moto G4 and Moto G4 Plus that both provide great options for those who have a tight budget.

The regular price for a Moto G4 Play comes at a low price of $149.99. Obviously, Motorola teamed up yet again with Amazon to cut the price down even lower. This gives Amazon Prime members an exclusive advantage in owning a Moto G4 Play for only $99.99.

There is just one catch though. You will be receiving personalized Amazon ads on your phone. The special offers will automatically be posted on your device while the screen is locked. There is an ad-free model Moto G4 Play but you have to pay the full amount of $149.99 that comes in either black or white. The Amazon ad-embedded version only comes in black.

Some tech experts say that the random posting of Amazon ads should not be a problem. You can easily ignore advertisements and save an easy $50 on the side. In fact, there are third party lock screen apps you can download to remove the ads altogether.

The $99.99 package is only available for existing Amazon Prime subscribers. However, Amazon stated that free trial and invitee members of Prime can already pre-order the mobile device. It will be at the full regular price but they will get a $50 Amazon.com Gift Card once they subscribe to be full-fledged Prime Members. The target release date of the phone is set on September 15, 2016, so you should place your order now if you want to get one.

The best way to get the discount is if you order from Amazon. But, you can also visit B&H Photo or Motorola to check for if the same promo is offered.

The Moto G4 Play is more than just a budget phone. It has a GHz Qualcomm Snapdragon 410 quad-core processor, 2GB of RAM, and 16GB onboard storage with 128 expandable microSD support. Its screen measures 5 inches with a 720p display and an 8-megapixel camera. The battery can hold up to 2800mAh and the phone has water repellent nano-coating. For the OS, it is updated with Android Marshmallow 6.0.1. Obviously, it is not as advanced as the latest smartphones. Still, the features are not so bad especially if you don’t have the money to spend.

The exterior look is quite simple but elegant. It has a flat candy bar layout with curved corners for easy gripping. The rear side is uneven because of the camera that bulges out but all in all, this is a pretty decent smartphone. 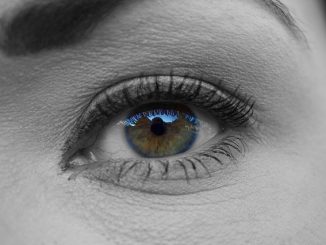