Amazon.com, Inc. (NASDAQ:AMZN) has gone to great lengths to market its members-only service, Amazon Prime, and convert shoppers into members. But how far will the online retail giant go to market its premium service? You’d be surprised. The e-commerce titan could be pushing its own products by manipulating the searches.

A Pro Publica report alleges that Amazon is “hiding the best deals” from non-Prime members and putting emphasis on its own products sold by merchants that are members of the retailer’s Fulfilled by Amazon program on the “Buy Box.”

The report singled out Amazon’s price comparison pages, which allegedly rank products in a way that favors the goods sold by Amazon or preferred merchants, making it seem like their products are cheaper by omitting the delivery cost.

Amazon’s algorithm usually rank items by price but the news source noted that some items include the cost of the shipping in the calculation, some don’t. And without the shipping cost, an item may seem cheaper, fooling customers into thinking that the items are cheaper than they really are.

The investigative group analyzed more than 250 items from Amazon and found that “the practice earned Amazon-linked products higher rankings in more than 80 percent of cases,” writes Julia Angwin.

During the analysis, the average difference in cost was approximately $8 for what the online retailer’s algorithm recommend and the actual cheapest rates found on the searches.

The report came as a surprise since Amazon positioned itself as a customer-centric company and its CEO, Jeff Bezos, is known to side with customers. But the results of the analysis shows that the company has been manipulating the searches to benefit itself and its sellers at the expense of its customers.

In response to Pro Publica report, an Amazon rep explained that “with Prime and Super Saver Shipping (which requires no membership and ships orders above $49 for free), the vast majority of our items — 9 out of 10 — can ship for free. The sorting algorithms the article refers to are designed for that 90% of items, where shipping costs do not apply.”

The rep also explained that Amazon’s algorithms are assessing other factors beyond the price, noting that” vast selection, world-class service and fast, free delivery” are also important.

Some believe that the discrepancy is a subtle way of nudging shoppers to become a Prime member. The members-only service costs an annual fee of $99. Initially, non-members will see a “free shipping on eligible orders” prompt when completing a purchase but during checkout, the total shipping cost will be revealed along with an offer to join Amazon Prime. 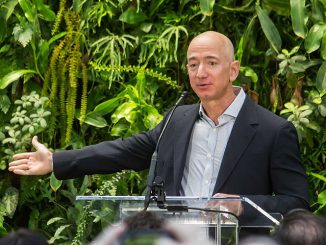