Over the past decade, the UK economy has presented a puzzling picture. On the one hand, RGDP growth has been quite slow. On the other hand, the jobs market has been quite robust, as rapid jobs growth has pushed the employed share of the population to an all time high. This puzzle can be resolved by looking at productivity numbers, which have been absolutely abysmal.

In modern economies, manufacturing tends to decline and services increase. This trend is especially far advanced in Britain, which partly (not entirely) explains their poor productivity. What little manufacturing is left is partly based on the UK being a springboard to the EU market. Thus Nissan builds a factory in Sunderland, so they can export to the EU. Interestingly, Sunderland voted overwhelmingly for Brexit.

The two leading candidates for the Prime Minister job are both somewhat anti-immigration. They insist that they want to negotiate a single market agreement with the EU, and control immigration, but it’s not clear to me that this is possible. For the moment, let’s assume Britain does indeed exit the EU, and the EU no longer gives the UK preferential trading rights. And let’s assume the UK uses that freedom to crack down on immigration. What then?

In that case, you’ve destroyed two of the UK’s primary growth engines in recent years, immigration and direct foreign investment using the UK as a platform to export to the EU. I would predict slower trend economic growth.

And isn’t that exactly what the bond market is telling us? British long-term bond yields are plunging lower at a startling pace. I could not find indexed gilt yields (and someone help me?) but I’d guess they are also plunging rapidly. The elderly voters of England just voted to make Britain more like another large island nation, just off the coast of another great economic power, which also led the industrial revolution in their part of the world. And if the bond market is to be believed, they succeeded.

Here are some other straws in the wind:

1. A few days after I suggested the Fed should immediate cut IOR by 50 basis points. Today that might seem rash, if you look at how stocks have recovered. But if you look at the global bond markets, you might conclude I should have recommended a 75 basis point cut. The fed funds futures now price in only a 50/50 change of one rate cut. Not this year, but rather until February 2018. That’s right; the US is also starting to look more and more like Japan. How’s my “3% NGDP growth is the new normal” prediction starting to look?

2. Today the ECB suggested it might expand its bond-buying program into more debt from the PIGS. The euro depreciated.

3. Yesterday the BOE suggested policy easing was on the way, and the pound immediately plunged.

4. And for you Great Stagnation skeptics, chew on this story, from a country whose 20% unemployment rate is one of the most horrific in the entire world:

After a frustrating search for specialist consultants for a client, he’s given up and is casting his net elsewhere.

“We were looking for people for two months,” Pimentel, a partner at Ackermann Beaumont Group for Spain and Latin America, said in a telephone interview. “We managed to find one in Spain. We turned to Argentina for others.”

Pimentel’s experience reflects a bizarre feature of the Spanish labor market that is hampering the country’s efforts to repair the damage from the economic crisis. Even with close to 5 million people out of work, the next prime minister will face labor shortages with employers struggle to find the staff they need.

“It’s a paradox,” said Valentin Bote, head of research in Spain at Randstad, a recruitment agency. “The unemployment rate is too high. Yet we’re seeing some tension in the labor market because unemployed people don’t have the skills employers demand.”

From software developers and mathematical modelers to geriatric nurses and care workers, a mismatch in qualifications means companies are struggling to fill posts, even though the unemployment rate at 20.4 percent is the second-highest in Europe.

But hasn’t Spain recently experienced strong jobs growth? Yes, they have, of the British kind:

Caretaker Prime Minister Mariano Rajoy, the front-runner to lead the next government after posting gains in Sunday’s election, has pledged to add half a million jobs a year, but his campaign focused on posts for the legions of unemployed, rather than producing skilled workers to power the economy. Rajoy’s opponents say his policy of driving down wages and stripping back job protection has mainly created poorly-paid low-skill posts.

The failure to equip sufficient numbers of workers with the skills sought by modern companies is holding back the Spanish economy. The skills shortage is a drag on productivity, delays investment and strains a pension system dependent on new workers with good salaries to pay for an aging population, according to Sandalio Gomez, emeritus professor at the IESE Business School in Madrid.

There’s no question that the eurozone faced major demand shortfalls in 2008-09, and again in 2011-13, and then a slow recovery. But some Keynesians keep pretending that demand is the only problem facing the world. It’s not; the supply side has been gradually deteriorating for more than a decade. Brexit will make this problem even worse.

5. Japan is now seeing its 20-year bond yields approach zero. Kuroda did a great job during his first three years, but the BOJ seemed to stop trying this year. I’m not sure why, but there are news reports that the Abe government would like the BOJ to lower its inflation target to 1%. That’s a crazy idea, but it seems to be the world we live in.

I encourage my readers not to become to fixated on any single number. I talk a lot about stocks, because stock indices are often a good indicator of the impact of a policy shock on expected future growth. But not always. A capital gains tax cut would boost stock prices even if it did not boost growth (and I think it would boost growth, BTW.) Think about the recent reaction of international stocks to Brexit. A sharp decline, and then a partial (but far from complete) recovery. That tells one story. But if we look at interest rates we see a very different story. Bond yields declined initially, but then kept on falling. What does all that mean? I’m not sure, but here’s one possibility. Suppose the world is shifting to lower long-term growth, and more risk associated with protracted problems like Brexit negotiations, and fear of renewed crisis in the PIGS. Problems that aren’t going away soon. A sort of “low level fever”. These factors could easily depress long-term bond yields, both real and nominal. But let’s also assume that there is perceived to be relatively little risk of a near term global recession. So corporate profits are expected to do OK, or at least to decline only modestly. Now think about discounting those future corporate profits at a much lower real rate of interest. It’s not hard to see how stock prices might seem to be doing OK, even as long-term growth prospects fell further.

And finally, my knee jerk reaction was that Brexit might end up being a global problem, and that it might be a global monetary problem. Given the plunging long term bond yields (even as British stocks partially recovery), and given that eurozone stock markets have not yet recovered, and given the panicky central bank moves to cut rates further, how’s my knee jerk reaction looking a week later?

In Britain, the real problem is real, while for the rest of the world the real problem (from Brexit) is nominal. But that monetary shock is being superimposed on a globe with steadily deteriorating real growth prospects. Fifty years ago Brazil was booming, building new cities like Brasilia. Now all one reads about are unfinished subway lines and raw sewage flowing onto Rio’s beaches. The world has forgotten how to grow.

The EU Austerians Attack Each Other 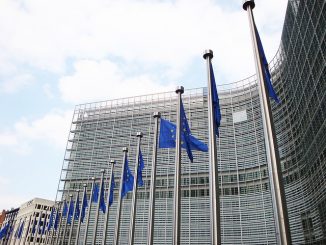 The Rise of European Disunion

The Lack of Cultural Agreement Roars, the Eurozone Mews