The U.S. Senator from Texas, Ted Cruz, is no stranger to Bitcoin (BTC) and cryptocurrency. In fact, he has been one of the most vocal proponents of the industry in Congress.

During a CPAC speech in February, Cruz stated that Bitcoin and other cryptocurrencies have the potential to revolutionize the economy. He also said that he believes that Bitcoin can help protect people’s privacy and give them more control over their own money.

“One of the reasons I’m bullish on #Bitcoin is because it’s decentralized,” Cruz said.

One of the reasons I’m bullish on #Bitcoin is because it’s decentralized.

The Left hates Bitcoin because they can’t control it. #CPAC2022 pic.twitter.com/D4PYNacNBZ

Meanwhile, in a recent episode of his podcast, “Verdict with Ted Cruz”, the Texas senator took aim at those trying to slow down Bitcoin adoption in the United States.

Bitcoin has been constantly under fire from a number of high-profile individuals. From Warren Buffett to Jamie Dimon, some of the world’s most influential investors have spoken out against the digital currency.

Cruz argues that Bitcoin is a hedge against inflation and financial instability, and he called on the government to do more to support the adoption of the digital currency. He also talked about the threats to the apex cryptocurrency, inflation, and the current state of the world economy.

Within this framework, Cruz said that the current rate of inflation in the United States is being caused by politicians and special interests who are massively expanding the money supply and credit in Washington.

In fact, the U.S. inflation rate hit a record 40-year high in the year to March with consumer prices surging by 8.5%.

The higher the inflation, the more people want to own Bitcoin, Cruz said, noting that when you have “politicians devaluing everyone’s good and services, [people] they look for other ways to store value…”

Bitcoin is not subject to the same inflationary pressures as traditional fiat currencies, making it a more stable form of currency.

Lending further credence to his crypto stance, Cruz, who calls himself “a huge proponent of Bitcoin…and of cryptocurrency,” said he believes “Washington politicians” could “screw up” the flagship cryptocurrency, and according to the U.S. Senator, this is BTC’s “single greatest threat”.

The single greatest threat to #Bitcoin and crypto is Washington politicians screwing it up.

On the latest episode of #Verdict, I discuss why I’m a big proponent of #Bitcoin and crypto. @yaf https://t.co/4piKs7B06Z pic.twitter.com/0qo5PYowkg

Cruz also touched on the possibility of making legal tender, saying he’s open to the idea of Bitcoin replacing the greenback. He stressed however, that there shouldn’t be a government mandate on this possibility.

There are a few key reasons why Bitcoin could potentially become legal tender. First, the $765 billion market cap crypto is a decentralized currency, which means it is not subject to the whims of central banks or governments. This could make it more stable than traditional fiat currencies, which are often subject to inflationary pressures.

Secondly, Bitcoin is incredibly efficient and cheap to use. Transactions can be processed very quickly and cheaply, without the need for expensive middlemen like banks or credit card companies. Finally, Bitcoin is a global currency, which means it could potentially be used by anyone, anywhere in the world.

While Cruz’s comments are sure to generate controversy, they also highlight the growing interest in crypto among those in positions of power. 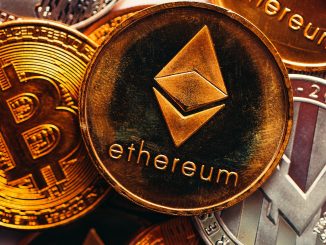