Understanding Bitcoin requires that we understand the limits of our ability to imagine the future that the market can create for us. That is exactly what is happening with Bitcoin right now. As I type, the price is exploding, the main exchanges are overloaded, and people around the world can’t convert from government currency into this digital gold fast enough.

Absolutely no one imagined such a thing five years ago. Why are we surprised? We should get used to surprises in this digital age. Thirty years ago, for example, if someone had said that electronic text — digits flying through the air and landing in personalized inboxes owned by us all that we check at will, any time of the day or night — would eventually displace first-class mail, you might have said this is impossible.

After all, not even The Jetsons cartoon imagined email. Elroy brought notes home from his teacher on pieces of paper. Still, email has largely displaced first-class mail, just as texting and social network private messages and even Voice over Internet Protocol are replacing the traditional telephone.

It turns out that the future is really hard to imagine, especially when entrepreneurs specialize in surprising us with innovations. The markets are always outsmarting even the most wild-eyed dreamers, and it is certainly smarter than the intellectual who keeps saying such and such cannot happen.

It’s the same today. What if I suggested that digital money could eventually come to replace government paper money? Heaven knows we need a replacement.

Solving Problems a Byte at a Time

Money started in modern times as gold and silver, and it was controlled by its owners and users. Then the politicians got hold of it — a controlling interest in half of every transaction — and look what they did. Today, money is rooted in nothing at all, and its value is subject to the whims of central planners, politicians, and monetary bureaucrats. This is not a very modern system when we consider a world in which the market is driving innovations in other aspects of our daily lives.

Maybe it was just a matter of time. The practicality is impossible to deny: Gamers needed tokens they could trade. Digital real estate needed to be bought and sold. Money was also becoming more and more notional too, with wire transfers, bank computer systems, and card networks serving to move “money” around. The whole world was gradually migrating to the digital sphere, but conventional money was attached to the ground, to vaults owned or controlled by governments.

The geeks went to work on it in the 1990s and developed a number of prototypes — Ecash, bit gold, RPOW, b-money — but they all faltered for the same reason: Their supply could not be limited, and no one could figure out how to make them impossible to double- and triple-spend. Normally, reproducibility is a wonderful thing. You can send me an image and still keep it. You can send me a song and not lose control of yours. The Internet made possible infinite copying, which is great for media and texts and — with 3-D printing — even objects. But this is not a feature that benefits a medium of exchange.

After all, a currency is useless unless it is scarce and its replication carefully controlled. Think of the gold standard. There is a fixed amount of gold in the world, and it enters into economic life only through hard work and real expenditure. Gold has to be mined. All gold is interchangeable with all other gold, but when I own an ounce, you can’t own it at the same time. How can such a system be replicated in the digital sphere? How can you assign titles to a fungible digital good and makes sure that these titles are absolutely sticky to the property in question?

Finally, it happened. In 2008, a person called “Satoshi Nakamoto” created Bitcoin. He wasn’t the first to solve the problem of double-spending. A currency called e-gold did that, but the flaw was that there was a central entity in charge that users had to trust. Bitcoin removed this failure, enabling miners themselves to constantly validate the transaction record. Nakamoto had each user download the full ledger of all existing Bitcoins so that each could be checked for its title and not used more than once at the same time. With his system, every coin had an owner, and the system could not be gamed.

Further, Nakamoto built in a system of mining that attempts to replicate the experience of the gold standard. The math equations you have to solve get harder over time to adjust to expansions of computing power involved in the mining. The early creators had it easy, just as the early miners of gold could pan it out of the river, though later they had to dig into the mountain. Nakamoto put a limit on the number of coins that can be mined (21 million by 2140). (A new coin currently is mined every 20 seconds or so, and a transaction occurs every second.)

He made his code completely open source and available to all so that it could be trusted. And the payment system uses the most advanced form of encryption, with public keys visible to all and a scrambling system that makes its connection to the private key impossible to discover.

No one would be in charge of the system; everyone would be in charge of the system: This is what it means to be open source, and it’s the same dynamic that has made WordPress a powerhouse in the software community. There would be no need for an “Audit Bitcoin” movement. Trust, anonymity, speed, strict property rights, and the possibility that applications could be built on top of the infrastructure: This was perfect.

It went live on Nov. 1, 2008. To really appreciate why this matters, consider the times. The entire political and financial establishment was in full-scale panic meltdown. The real estate markets had collapsed, pulling down the balance sheets of the major banks. The investment banks were unloading mortgage-backed securities at an unprecedented pace. Boats delivering goods couldn’t leave shore because they couldn’t find backers for their insurance bonds. For a moment, it seemed the world was ending. The Republicans held the White House, but the unthinkable still happened: Government and the central banks decided to attempt a full-scale rescue of the whole system, spending and creating trillions in new paper tickets to fill bank vaults.

Clearly, government paper was failing. A digital alternative had to exist. But what gave Bitcoin its value? There were several factors. It was not fixed to any existing currency, so it could float according to human valuation. It was made from real stuff: the very 1s and 0s that were driving forward the global market economy. And while 1s and 0s can be reproduced unto infinity, the new coins could not, thanks to a strict system in which the coin and its public key were strictly controlled and the ledger updated for every transaction. Its soundness could be checked constantly through instant conversion to other currencies as well as goods and services.

The model seemed impenetrable, the first digital currency that really addressed all the problems that had doomed previous attempts.

Stay tuned for tomorrow’s conclusion, in which you’ll learn about my own personal experience with the currency, including my very first Bitcoin purchase. Hopefully, you’ll see, just like I did, how simple, revolutionary and exciting this idea can be. 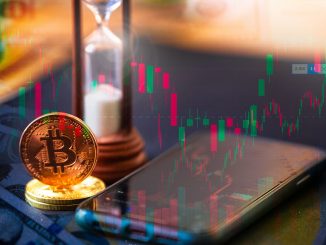