Tesla (NASDAQ:TSLA) currently has over 37,000 employees, including more than 25,000 based in the US. According to Morgan Stanley’s Adam Jonas, the size of the automaker’s U.S. workforce which is predicted to increase to nearly 50,000 by 2019 or 2020, may become a big factor affecting the company’s long-term survival.

“Tesla may be more on the ‘too big to fail’ spectrum than the market realizes…the vast majority of [the co’s workforce is] in the United States, and across many states,” Jonas wrote in a note to clients Wednesday titled Tesla’s Next Move: $200 or $400?. “Rule of thumb on the economic multiplier says that one auto-related job can support as many as seven other jobs throughout the economy.”

The U.S. government bailed out General Motors and Chrysler during the 2008-2009 recession and financial crisis, in part because of their large employee bases. In fact, the nation’s biggest automaker (GM lost nearly $90 billion between 2004 and July 2009 when it declared bankruptcy) together with Chrysler faced the loss of one million jobs.

Jonas trimmed his price target on Tesla stock to $376 from $379, representing 30.69% upside to ticker’s Tuesday’s $287.69 close. The analyst, who reiterated his Equal-weight rating the shares, estimates the next three months as “the most critical period in Tesla’s history since the launch of the Model S six years ago, making the stock “the ultimate high-risk name in autos.” Based on Jonas thinking, TSLA’s “fundamental pendulum could move in either direction or in both directions in a big way, making (the name) the ultimate high risk name in autos.”

Jonas also touched on Tesla’s Model 3 production rate, noting that the consensus view on M3 production reaching 5K per week “is somewhere around 3Q’18 or 4Q’18 at this point.” Morgan’s analyst said however, that he doesn’t expect a 5K/wk run-rate to be achieved before late in Q4’18. As far as when will the next capital raise come, and in what amount ; the analyst said he expects the company will raise $2.5 billion in its 3Q’18 through a stock sale.

Tesla shares gained 3 percent Wednesday, a day after Elon Musk said the company is aiming to produce 6,000 Model 3 cars per week by the end of the year, and will run its California assembly plant around the clock and hire hundreds of new employees to achieve the goal. 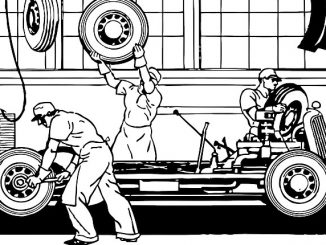