Imagine a future without bumper-to-bumper traffic, car crashes, smog, or road rage. Well, that future is almost here, courtesy of major brands like Lyft, Uber, Google (NASDAQ:GOOG, GOOGL), Apple (NASDAQ:AAPL), Tesla (NASDAQ:TSLA), Intel (NASDAQ:INTC) Toyota, Volkswagen and BMW, among others. It is certainly intimidating to think that only a few years ago the rapidly evolving and world-shaking technology of electric, clean, and safe self-driving cars was still considered science fiction.

Futurism.com has put together a very concise and informative video (posted below) describing the impact and the possible effects that the driverless car technology – currently seen as a possible solution for the challenging issues of urbanization – will have on our society, with the most obvious one being accident avoidance. Car crashes are overwhelmingly caused by human error. In fact, each year, about 37,000 people die in car accidents on US roads, and nearly 1.3 million die globally.

Evidence that autonomous vehicles (AVs) have superhuman perception and are as a result safer, is already building up. AV technology maker Mobileye (NYSE:MBLY) says that a realistic AV goal is a thousand fold improvement over human drivers. That means, AVs are expected to reduce the number of road deaths in America each year from 37,000 to 37, a level last seen more than a century ago.

Land use could be another transformative aspect of autonomous-vehicle-induced transport disruptions that has the potential to transform urban cores by significantly reshaping real estate, urban development and city planning. Nearly 6 billion square feet, or as much as 24% of the area of American cities is dedicated to parking. Imagine turning that space into city parks, or bike lanes.

Another important predicted effect of the emerging autonomous driving industry is energy consumption. According to a 2015 Berkeley Lab study on Autonomous Electric Taxis, the combination of autonomy and electric vehicles, as part of a shared transit system, is projected to produce a reduction of up to 94% in greenhouse gas in cities by 2030.

While it’s hard to understand fully what will happen with this emerging industry, one thing is sure: the driverless car revolution is here and will profoundly change our everyday lives in ways big and small. On that note, fasten your seatbelt and get ready to join it. 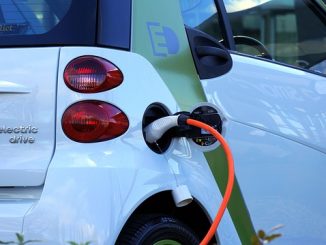