Since its launch into space in 1990, the Hubble Space Telescope has observed and captured extraordinary images of the known universe. Just recently, the famed telescope managed to capture yet another interesting find.

Aiding a German-led group of astronomers, the NASA/ESA HST captured images of an unusual asteroid located at the main asteroid belt between Mars and Jupiter.

According to the paper published in Nature, the HST captured the images when asteroid 288P made its closest approach to the sun in September 2016. That was when astronomers found out that it was not just a main belt comet, but also a binary asteroid, composed of two objects rotating at roughly 100 kilometers apart.

The discovery of the new features of 288P was considered important because it allowed researchers to measure the masses of both objects within the system.

The new finding was deemed remarkable, and it classified 288P both as a comet and a binary asteroid. “We detected strong indications of the sublimation of water ice due to the increased solar heating – similar to how the tail of a comet is created,” explains Jessica Agarwal of the Max Planck Institute for Solar System Research in Germany.

Agarwal, who was the main author of the research paper, said that surface ice from the object could not have survived considering the current age of the solar system. In short, it should have burned up long ago.

However, the team leader said that a thin sheet of ‘refractory dust mantle’ might have covered the ice. The asteroid probably split into two about 5000 years ago due to fast rotation. Afterward, the streams of vapor coming from the burning ice may have pushed the two broken objects further apart.

Asteroid 288P was first spotted by the HST in 2006, and was named 2006 vw139 during the Spacewatch program, which aimed to explore the smaller objects in the solar system particularly asteroids and comets.

In 2012, astronomers were astonished to find out that the asteroid is an oddball compared to its neighbors – it has a streaming tail similar to a comet. That is when they appropriately classified it as a main belt comet, an object orbiting the asteroid belt that has comet-like properties.

“We need more theoretical and observational work, as well as more objects similar to 288P, to find an answer to this question,” writes Agarwal. 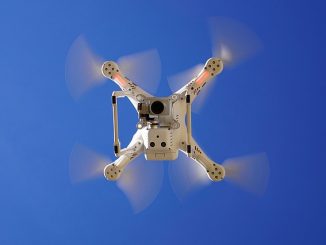 NASA Is Developing Drones to Hunt Life on Mars