A nanoscale hydropower plant is in the works and if everything goes according to plan, it could allow humans to generate electricity that’s strong enough as a power source. The device is so small that it could fit inside blood vessels and harness the power of flowing blood, just like how a large hydroelectric power plant generates electricity from falling or flowing water. The device was developed by Chinese scientists from Shanghai-based Fudan University, led by Huisheng Peng.

The nanogenerator (nanoscale generator) is made from carbon nanotubes that are spun and aligned into sheets. The sheets are then wrapped around a polymeric core to make a thin thread that has a thickness of less than 1 micron. The device has been called the “fiber-shaped fluidic nanogenerator” (or FFNG) by the team.

This is how electricity is produced ; the FFNG, connected to electrodes, is immersed in flowing water or repeatedly dipped in saline solution. An electrical double layer around the thread is created from the relative motion of FFNG and the surrounding liquid. The moving liquid then distorts the symmetry of the charge distribution to create an electrical gradient (the charge difference between the inner and the outer layers of the nanotube coating) along the long axis to consequently produce a current.

In the lab, the amount of electricity generated by the FFNG was dependent on the length of the axis. Scientists were able to measure outputs that ranged from 7.7 to 85.8 mV on threads that span 2 to 20 cm in length. The power energy conversion efficiency came in at 22.3%, higher than those of one-dimensional solar cells and other miniature energy-harvesting devices. Furthermore, FFNG’s performance was maintained high for one million cycles of deformation.

FFNG also boasts of other properties that are ideal for many applications: it is elastic, lightweight, one-dimensional and can be tuned. For instance, the threads can be woven into fabrics and be a basis for wearable electronics. Unlike solar cells, it does not depend on the weather and can be used any time of the day. Like hydropower plants, FFNGs can be a green source of energy as well.

By definition, a nanogenerator is a nanoscale device that can convert mechanical or thermal energy into electricity. While most nanogenerators were built on harnessing changes in the environment (like sunlight, pressure, wind), FFNG is one of the few devices that target the human body as a source of electricity. In 2010, Steven’s Institute of Technology scientists reported a piezoelectric nanogenerator that could be put on the surface of a body to harness the “push” from flowing blood and peristaltic movements ; the energy output, however, was too small for any practical use. One year later, in 2011, a Swiss team from Bern University of Applied Sciences was able to make a turbine that also could run on blood flow; the caveat though was that it caused blood clots and therefore was obviously not seen as viable alternative in terms of being placed inside a human body.

FFNG is still in its early stages of being developed but scientists say that experiments with the device implanted into frogs have been successful. With further tweaks, the device could one day have the potential to be used in power pacemakers, body sensors or other health monitors. Perhaps in the future, the generated energy could be large enough that we won’t even need to bring our power banks to charge our phones. And wouldn’t that be convenient!!

The details of the research can be found in Angewandte Chemie International Edition. 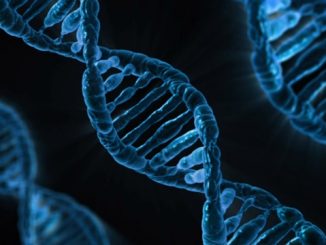 1 Comment on Scientists Could Turn People Into Human Power Plants