Thanks to the experimentation efforts of researchers from the University of Washington, we might have to add one more type of communication to that list soon. It’s called brain-to-brain communication.

According to Assistant Professor Andrea Stocco, lead author of the study published in PLOS One, “This is the most complex brain-to-brain experiment, I think, that’s been done to date in humans. It uses conscious experiences through signals that are experienced visually, and it requires two people to collaborate.”

For the experiment, brain electrical activity is detected by making participants wear caps that are connected to EEG (ElectroEncephaloGraphy) machines. There are two sets of participants involved — the respondents (who wore the EEG caps used to capture and record their brain waves) and the inquirers (sitting in a dark room wearing noise-cancelling headphones, their heads locked in place by a headset with a magnetic coil that’s meant to generate magnetic fields of varying intensities and stimulate the person’s brain).

The experiment took on the form of a game much like the popular ’20 Questions’ game, but with a small twist.

To make sure the participants weren’t cheating, the experiments were conducted using a combination of real and controlled games. The researchers used five pairs of participants who were housed in labs that were more than a kilometer away from each other. And each pair played 20 rounds of the game.

The results of the experiments showed that in real games, the correct object was identified in 72% of the cases. However, when it came to control games, the inquirer was only able to make correct identifications 18% of the time.

What do these results mean? The study shows that it is possible to directly link human minds across long distances, making them understand each other without the use of traditional verbal and nonverbal communication. And that’s just the beginning. First, there’s understanding. Next comes influencing. And finally, controlling. The first two we might find as exciting prospects. Imagine being able to read someone’s mind and having the power to influence that person’s decison simply with your thoughts. It’s kind of cool, isnt’t it? It’s the final phase though that’s kind of scary — the stage when controlling one’s mind is already doable. We hope it won’t come to that. Better yet, we hope this technology is not being developed for that ultimate purpose. 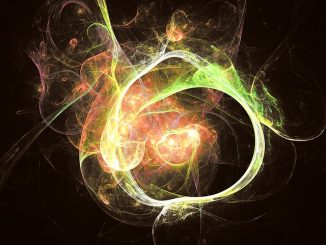 For The First Time Ever, Scientists Have Successfully Created An Artificial Embryo