In 1915, Albert Einstein put forth the Theory of General Relativity. In the subject of gravity, Einstein’s theory is arguably the most complete and refined theory of all time. It has never failed to explain almost everything from the simplest things up to things that span our universe, right down to the smallest detail.

The PSR J0337+1715 is a millisecond pulsar that was announced back in 2014. As stated earlier, it is composed of three dead stars located 4200 light years away in the constellation Taurus. These stars are interacting with each other in a way that could either confirm the Theory of General Relativity or topple it down.

Let’s paint a better picture of the PSR J0337+1715. This is a cold white dwarf, what was once a star that resembled the sun, at approximately the same distance from the center of this system as Earth orbits the sun. When you move further in, you’ll encounter a hotter white dwarf. Every 1.6 days, the inner white dwarf moves around another, one that’s invisible to the naked eye.

This companion can be seen through x-ray and gamma-ray vision, and it makes the two white dwarfs look small. It’s a spherical object that’s 24 km wide and almost 1.5 times the mass of the sun. This object is a pulsar, what remains of a larger star. It whirls at an amazing frequency of once in every 2.73 milliseconds.

Each whirl sends a tick mark here on Earth ; the interesting thing is that this has been going on for years. It is exactly this accurate tick mark that serves as a clock as well as the system’s tangled gravitational fields that makes this a perfect opportunity to test Einstein’s theory. In fact, the discoverers are doing just that by taking note of one principle in particular – the equivalence principle.

According to Theory of General Relativity’s equivalence principle, “gravity accelerates all objects equally regardless of their masses or the materials from which they are made”. It is much like free fall, the mass will not have any effect in the way gravity pushes it down. Now, for the equivalence principle to hold true, the outer white dwarf should have the same effect on both the pulsar and the inner white dwarf.

If it does not, then we can expect that the inner pair will be more elliptical than expected. That will then violate the equivalence principle and, in turn, disprove Einstein’s Theory of General Relativity. Of course, this will be quite a shock, but not entirely unexpected since General Relativity is the only gravitational theory that does not predict the failure of equivalence theory at some point or another.

The PSR J0337+1715 could be a great way to either prove or disprove Einstein’s Theory of General Relativity. After all, in this case, we will not have to rely on a simulation and we will not be confined by our imagination. This system of three dead stars is the perfect way to present physical and tangible evidence. Unfortunately, all we can do right now is wait and see. 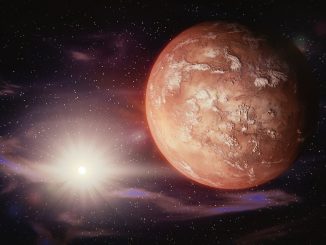 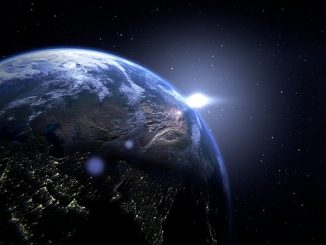