Quantum computers have been hailed as the computers of the future because of their potential to solve the most complex of problems within a reasonable time frame. What differentiates a quantum computer from a traditional electronic computer is its use of quantum bits (qubits for short) instead of regular bits. A bit can only represent one of two states, either 0 or 1. In contrast, a qubit can represent more than one state — 0, or 1, or both 0 and 1. And this is made possible through the quantum quirks known as superpositioning and entanglement. It is this bizarre ability to be in two states at once that makes a quantum computer’s computational power exceptional, extraordinary and virtually elusive up to now.

In spite of their differences in terms of functioning capabilities, one thing that a conventional computer and a quantum computer have in common is the need to keep both cool enough so their components do not overheat and malfunction or shut down completely. Traditional computers have their cooling fans. For quantum computers, it’s not as simple.

For starters, qubits must be protected from any kind of external disturbance because a slight interference will mess up the superpositioning state, resulting in errors and negating what a qubit is supposed to be for in the first place. Also, because qubits heat up while performing calculations, there’s a need to reset them to their low temperature state or ground state before the next round of calculations can be done. For a quantum computer to be useful at all, it needs a cooling mechanism that can do this job (referred to as initializing) quickly.

This is where the work of Mikko Möttönen and his colleagues comes in. They are claiming that they have built a cooling device specifically designed for a quantum circuit that is capable of quickly initializing quantum devices, thus minimizing the incidence of errors when doing quantum computing.

The nanoscale refrigerator the team invented involves the use of ‘voltage-controllable electron tunnelling’ to cool a ‘qubit-like superconducting resonator’ through a two-nanometer-thick insulator. To make it work, current from an external voltage source is applied to electrons, giving them an amount of energy insufficient for direct tunnelling. This forces the electrons to capture the remaining amount of energy needed for tunnelling from the nearby quantum device, thus making the quantum device lose energy and cool down.

To turn off cooling, the external voltage simply needs to be adjusted to zero. In that condition, the electrons won’t have enough energy (even if they capture energy from the quantum device) to move through the insulator.

As Mikko Möttönen aptly describes it — their refrigerator ‘keeps quanta in order’.

Going forward, the team is planning to cool actual qubits, instead of just resonators. They will also work on lowering the minimum achievable temperature and speeding up the on/off switch.

The research was recently published in the journal Nature Communications. 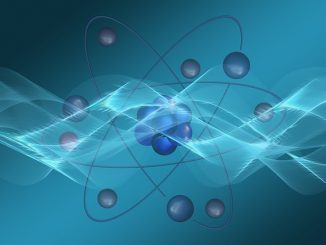