Whenever the word ultrasound is mentioned, what typically comes to mind is that it’s being used to look at something inside the body – like a growing fetus, or maybe some internal organs that are causing pain and other kinds of problems. With the latest technique developed by scientists from the University of Nottingham’s Faculty of Engineering Optics and Photonics group, the resulting view from an ultrasound has achieved a whole new level of precision — it is now possible to see inside live individual cells. Details of the research have recently been published in the journal Scientific Reports under the title: ‘High resolution 3D imaging of living cells with sub-optical wavelength phonons’.

For the longest time, the smallest object that can be seen through conventional optical microscopy (which makes use of light or photons) depended on wavelength. Mainly, shorter wavelengths could not be used on living specimens because they carried too much energy, and this destroys molecular bonds and damage cells. To stay on the safe side, the shortest wavelength that can be used is that of blue light.

Aside from wavelength, another limitation of optical imaging is the need to make use of fluorescent dyes that are not only toxic, but also requires much light and a lot of time before an image can be reconstructed. This is damaging to cells as well.

What differentiates the new ultrasound technique is that instead of light, it makes use of sound which retains low energy levels, even at the shortest wavelengths. And, sound doesn’t require the use of toxic chemicals to come up with a clear image. This basically means that without the previous restrictions, smaller things can now be observed at higher resolutions. More importantly, this can be done without damaging the cells being studied. And because the cells remain intact, it is hoped that someday, it will be possible to return these cells inside the body to help treat diseases and maybe even fight the unpleasant conditions that come with aging.

With the change in medium — what’s referred to as sub-optical phonon or sound imaging — ultrasound diagnosis has gone from microscopic scale to nanoscale. At this level of observation, cell analysis can be done more thoroughly than it was ever possible before. And with this unprecedented access to live cell structure, behaviour and mechanisms, the implications for disease management — particularly cancer diagnosis and stem cell therapy — are nothing short of promising.

Right now, this breakthrough ultrasound technique is only available at Nottingham. But with its potential to transform the world of medicine, we’re sure it won’t stay that for long. 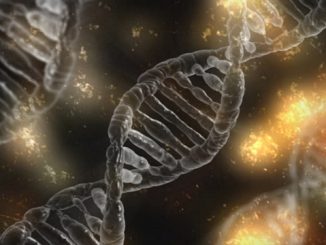 Scientists Have Discovered A Way To Make CRISPR Safer