Delaying the aging process does not necessarily have to require outside intervention like medications or surgical operations. Especially for the masses who would rather spend their earnings on basic needs than anything else, it can be life-changing to know that there’s a natural way to live longer – it’s this thing called telomere.

Telomeres are found at the end of DNA strands. They’re like, and as Statnews’ Karen Weintraub describes them: “protective caps on shoelaces” — they keep our genetic data intact by keeping chromosome ends unbroken and separate from each other. Without telomeres, our genetic information will probably get scrambled as there won’t be anything to keep chromosomes from binding together and corrupting our DNA.

Aside from their protective function, telomeres, also make it possible for our cells to divide. Every time our cell divides, telomeres get shorter. Eventually they become too short and at this point, a cell will no longer be capable of dividing and either becomes ‘senescent’ (meaning  inactive),  or dies. It is this shortening of the telomeres that’s linked with cancer, aging and increased susceptibility to early death.

In 2009, Dr. Elizabeth Blackburn, together with Dr. Carol W. Greider and Dr. Jack W. Szostak were awarded the Nobel Prize in Physiology/Medicine for the discovery of telomerase, the enzyme responsible for keeping telomeres at their optimum state. In other words, it is telomerase that prevents telomeres from deteriorating too quickly, which in turn keeps cells healthier longer. Of course, with healthier cells, a person is bound to remain healthier for a longer period of time as well.

With this discovery, scientists were able to understand cell mechanisms better, particularly in relation to aging and age-related diseases. Unfortunately, the progression of research that can fully maximize this newly discovered information has not been going as fast as expected. And this is quite ironic especially in light of the fact that there are currently countless studies on aging and how to reverse or slow it down.

This has prompted Dr. Blackburn to publish a book that’s meant to familiarize the general public about telomeres — so everyone will know that they have the power to control their aging process. And it’s not just a mind over matter thing. It has a scientific basis too.

The book, which was published last January 3, is entitled “The Telomere Effect: A Revolutionary Approach to Living Younger, Healthier, Longer“. It’s written by Dr. Blackburn herself, together with health psychologist Dr. Elissa Epel. It’s basically telling us that there’s a natural way to slow down the aging process. And the way to do it has been the advice we have been hearing for so long — eat well, get enough sleep, do regular exercise, don’t smoke, and avoid stress. If you do otherwise, your telomeres will shorten faster and more of your cells will become inactive or die faster. Consequently, you will age faster too. And nobody wants that, right?

It might be too simplistic to say at this point that lengthening your telomeres will automatically help extend your life. Besides, more studies need to be conducted to determine what can actually help you lengthen your telomere such as what specific foods to eat, how much and what type of exercise you need, and the like. It’s safe to say, though, that the more you allow your telomeres to shorten quickly, the less chances you’ll have of living longer.

So if you want to live a longer life, try following basic healthy living advice. It makes perfect sense, doesn’t it? 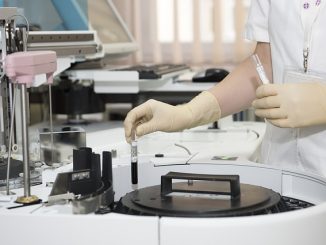