Of the many doomsday scenarios, one of the more popular ones involves a giant asteroid hitting our planet. Again. Much like what happened when the dinosaurs went extinct.

With the advent of technology, there’s a new apocalyptic scenario that has emerged. And it involves our planet being taken over by robots, replacing us and doing everything we can do. That includes reproducing and replicating themselves.

But those are just robots that can be programmed to do mechanical tasks. What happens when these robots are given the ability not just to do stuff, but to think about what to do as well? That’s what artificial intelligence (AI) is about. And as the AI systems keep growing and progressing, a new threat is brewing.  And it’s so far-fetched that it’s hard to imagine how such future will make sense.

In the recent WIRED2016 event held at Tobacco Dock in London, Jürgen Schmidhuber — referred to as the AI Guru and Father of very deep learning — painted a picture of what our future universe will look like. The main point is, it won’t actually be our universe because we won’t be in it.

According to Schmidhuber, there will be trillions of self-replicating robot factories on the asteroid belt by 2050. And after a few million years, the entire galaxy will be under the dominion of AI, with humans no longer having any significant role in it. He says we should be ok with it and that we should just be proud that we were the ones who paved the way for such evolution — one that’s “comparable to the invention of life itself.”

Prior to this grand idea, Schmidhuber established himself by pioneering studies about deep learning neural networks. His work has been the basis of many AI systems today, including those used in smartphones.

Schmidhuber has also been continuously working on recurrent artificial neural networks — systems designed like the human brain which shoots out countless neural connections per second to initiate rational processes and spur corresponding movement or action. He refers to these AIs as “learning algorithms.” We’re way past the traditional computer systems that can only do what they have been programmed to do. These new AI systems start with goal-setting, then experimenting to find out which works, which doesn’t, and what will work better. Sounds familiar, right? It should because it’s just like what we ourselves have been doing, why we are considered intelligent beings. And the computers are getting there too.

To date, we’ve been witnessing the applications of AI on different fields. For communication, long-short-term-memory (LSTM) systems are being used for speech recognition, language translation, and image captions. For transportation, we have self-driving cars. In the field of medicine, neural networks are trained to be like doctors — inspecting, assessing, and diagnosing. For Schmidhuber’s team, in particular, their work involved brain scan segmentation, mitosis detection and cancer prevention.

We’d like to think these are all relevant applications. Relevant in the sense that it will benefit the human race. So why the idea that replicating AI systems will eventually take over our galaxy? In simple terms, computers will probably get to be too intelligent over time that they will figure out the Earth isn’t big enough for them and there’s a whole universe out there to conquer. And when that happens, we’ll have to accept that our “babies” have outgrown us. And will outlive us for sure.

Should we be bothered by this future? Maybe in a million years. But not just yet. 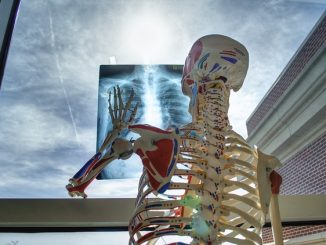