Oracle (NYSE:ORCL) is making a run for cloud computing dominance with a massive infrastructure, but it is enough to take on its main rival, Amazon (NASDAQ:AMZN)? Oracle’s Larry Ellison think so.

In the company’s OpenWorld conference in San Francisco, Ellison introduced Oracle’s second-generation cloud infrastructure, which was designed for third party developers, making a bold claim that “Amazon’s lead is over.”

In his keynote, Ellison said Oracle has the edge over Amazon because their new generation data centers are offering just as many cores as Amazon, twice as much memory as the online retail giant, and about four times as much storage as AWS [Amazon Web Services] with “more than 10 times the I/O capacity as Amazon but you have to be willing to pay less.” The executive was referring to the company’s Dense IO Shape, a virtual machine that offers 36 cores, 28.8TB storage, and 512GB memory for a little over five dollars per hour.

The competition between cloud computing platforms is heating up, with other fast growing service providers offering bigger cloud infrastructure. And with Amazon leading the market with a 31% market share in the fourth quarter of last year, Oracle needs all the help it can get to reduce the gap.

At the moment, Amazon’s AWS is leading the industry followed by Microsoft Azure, Google Cloud Platform, and IBM. Because the company is a relatively new player, Oracle does not have enough market share to qualify as a market leader. It was only last year when Oracle broke into the Infrastructure as a service [IaaS] market with the Oracle Elastic Compute cloud.

“Now we’re aggressively moving into infrastructure, and we have a new generation of data centers that we’re building around the world,” Ellison said.

Oracle is reportedly pouring its resources on building the data center infrastructures, spending a reported $96 million on the project. That seems like a lot of cash but it pales in comparison with AWS operating expenditure, which went beyond the $2 billion mark in the second quarter.

On his keynote, Ellison credited Amazon for being a pioneer in the cloud computing segment with the launching of the EC2 service and renting out virtual machines by the hour in 2006.

Although the OpenWorld was all about IaaS, the Oracle co-founder did announce new services and products from its Platform-as-a-Service (PaaS) and Software-as-a-Service (SaaS) portfolio. The executive also revealed that the company’s PaaS and SaaS saw an 82% increase in the first quarter.

Shares in the $163 billion Redwood City, California-based company gained 0.80 percent on Monday to close at $39.23. Shares are currently trading around $39.80. 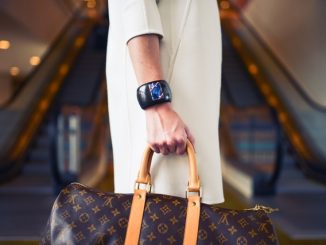 Amazon.com (AMZN): Why the Big Push for Physical Stores?