To say the company’s growth has been nothing short of impressive this fiscal-year would be an understatement. Shares of the Seattle, Washington-based retailer currently print a one year return of about 47% and a year-to-date return of around 14%. Amazon stock has spiked nearly 60% since its $482/February 9 lows, putting the name’s market value at $363.7 billion. Additionally, Amazon reported its 5th straight quarterly profit on July 28. The company posted Q216 earnings of $1.78 per share, up 31% from a year ago, beating on both top and bottom-lines on growth in its cloud computing division.

The better-than-expected results minimized investor concerns about Amazon’s razor-thin margins from e-commerce sales – which in all likelihood is a calculated strategy on the co.’s part – and helped make CEO Jeff Bezos via a 288 point surge in AMZN stock the world’s third richest person with a net worth topping $65 billion. Bezos however, isn’t the only one raking in the big bucks. Amazon investors have also been rewarded with a whopping 5 year return of more than 345 percent. What’s interesting with Amazon shareholders is that even though the stock has always traded with a high P/E ratio – trailing/12 and forward P/E currently are 190.64 and 74.14, respectively – they (the shareholders) have seen AMZN as a strong option given the fact the company seems to be valued according to what it will ultimately become, as oppose to what it is at the moment.

Amazon seems poised to stretch their success into the third-quarter. In fact, for the next reporting period the company expects net revenues to be between $31 billion to $33.5 billion, compared to the consensus revenue estimate of $31.66 billion. That being said, Amazon Web Services remain the real story here. According to Gartner’s report, Amazon “has the largest share of compute capacity in use by paying customers—many times the aggregate size of all other providers in the market.” What the research firm is basically saying is that even after adding up all of Amazon’s competitors, they would still be several times smaller than AWS considering the service has the largest capacity to handle cloud-based workloads.

InvestorPlace Media‘s Brian Nichols believes that “given AWS’ growth and profitability, [the segment brought in $2.89 billion in revenue for the quarter, up nearly 59% year-over-year and 190% since 2014] one can make a strong argument that AWS is worth the same valuation multiples as a company like Facebook Inc (NASDAQ:FB). If so, then AWS would be worth 50 times operating income, or 15 times sales in the free market. Or $100 billion by itself.” (emphasis added)

Considering AWS’s prospects as a dominating player in the cloud space, and as optimism and market penetration grows, it’s safe to say Amazon stock will continue its uptrend trajectory. While the stock keeps building a tight bull pattern as it digests its recent all time high gains, a retraction to $760 and some consolidation above that level could set it up for another move higher towards the $800 zone. 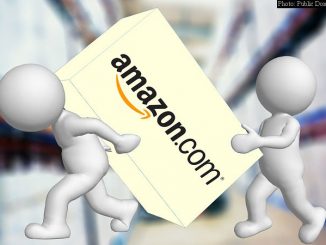