After Intel Corporation (INTC) announced its second-quarter results on Wednesday, its after-hours stock price went down by more than 3 percent. This after the tech giant posted a 5% year over year revenue growth, which was 3% lower than what analysts expected. The chipmaker’s client computing group posted $7.3 billion in revenue. This was a decrease of 3% sequentially. The PC market has been on a downward trajectory, thus, these revenue numbers from client computing group did not surprise many investors.

Intel provides most of the microprocessors that companies use in their servers to provide cloud-computing services for their clients around the world. At the present, Intel controls 97% of the server microprocessors’ market. This market is contributing 30% of the total revenue at Intel. As the Santa Clara, California-based chip company faces the future, it hopes to make the most of this market dominance and expects its revenue growth to come from this market.

While there are growth prospects to look forward to in the cloud computing market, the company’s decision to bank its future on this market may not be as promising as it appears. A closer look into the not too distant future shows some serious issues that this aging tech multinational needs to get ready to face. Based on the decisions it has made so far, the company’s future may be at risk.

The present gives Intel the best chance it has to grow in the cloud computing market, yet its current growth is anything but impressive. Its data center group recorded $4 billion in revenue, a 1% sequential growth. If the data group is not growing exponentially at the present, analysts are casting doubt at the tech company’s ability to get more from this market in coming years.
Intel Corp. maintains it will grow its cloud-computing segment with double digits, but going with what we have seen in this year so far, the company has a long way to go. Facebook (FB), Amazon (AMZN), Google (GOOGL) and other big companies are keen to make sure they are not too reliant on just one microprocessor supplier. Therefore, they will be ready and willing to sit down with other chip companies (Intel rivals) to discuss alternatives.

Intel Internet of Things Group’s Revenue Has Gone Down

Intel’s data group is not the only business unit that is showing weakness. The company’s Internet of Things (IoT) group posted $572 million in revenue, down 12% sequentially. In addition to the cloud computing market, Intel is keen on growing IoT as it faces a highly competitive future. The downward trend the group is heading will therefore be a concern to the Intel executives as they strategize for the future.

When Intel announced its plan to restructure its business away from personal computers and towards cloud computing and the internet of things, it announced that it would send packing 12,000 employees. Six thousand employees have already left the corporation. Now and then, such moves are necessary for a company to remain relevant and record growth, yet sometimes the negative publicity that such a move can illicit can also negatively affect its bottom line. 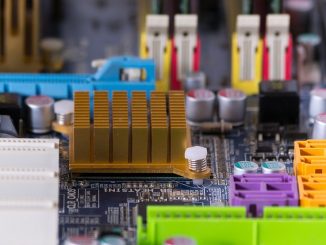