Over the weekend, Elon Musk created a poll on Twitter to ask his nearly 123 million followers if he should resign from leading the platform. After garnering 17.5 million votes, 57.5% agreed that it was time for him to step down.

Should I step down as head of Twitter? I will abide by the results of this poll.

When someone commented that he had already chosen a new CEO and would retire to the position of Twitter board chairman, Musk responded: “No one wants the job who can actually keep Twitter alive. There is no successor.” Elaborating further, the Tesla CEO posted another tweet explaining:

Many people urged Musk to reconsider his decision and stay. “Not if you don’t have someone that would run it the way you are approaching it,” one user wrote. “Please stay, Twitter is finally better than it has ever been,” another told everyone’s favorite billionaire. “No Elon. We need you!,” a third user insisted.

No Elon. We need you!

In November, Musk stated in court that he had no intention of remaining the CEO of Twitter and was instead looking to find someone else to take over his role. He explained that he expected to reduce his time at the microblogging website and find another person who will be responsible for managing it eventually.

A plethora of comments by individuals eager to fill the position as Twitter’s CEO inundated Musk’s tweet.

Edward Snowden, a renowned whistleblower and freedom-of-speech protector who exposed the illegal NSA surveillance of millions of US citizens in 2013, was among those that responded to the inquiry. Forced into exile abroad since then, he currently lives in Russia. In his response for the survey, Snowden wrote: “I take payment in bitcoin.”

I take payment in Bitcoin. https://t.co/wW0Qa9NxWi

In response to a question whether he is “strong enough to be despised” as the CEO of Twitter, Snowden, who noted that Musk’s primary difficulty is “being steered by right-wing crazies away from what he wanted Twitter 2.0 to be,” wrote: “Oh, I think I’ve weathered a little criticism in the past.”

Oh, I think I've weathered a little criticism in the past.

Discontent arose when some users realized they had missed the deadline to vote in Musk’s poll. Many feared that bots took advantage of this and rigged the outcome with their votes.

“This poll is not fair, I didn’t even see it till the last day because this time of the year, like me, most people are busy getting ready for the holidays and haven’t been able to even log in, and probably most of the votes on this poll are from made up Dem accounts!” one user wrote. 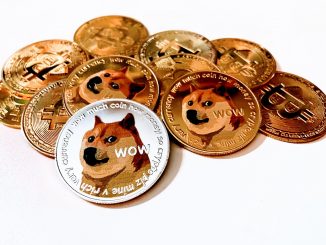