On Wednesday (Dec.28), Microstrategy Inc (NASDAQ: MSTR), a renowned American software firm and the largest corporate owner of Bitcoin (BTC) reserves in history, revealed that it sold off some of its holdings for the first time ever on December 22.

Despite this move, MicroStrategy and its influential co-founder Michael Saylor have not backed away from the flagship crypto – they only continue to increase their investment. In fact, the company has acquired even more BTC since then.

On Dec. 22, MicroStrategy offloaded 704 Bitcoins for approximately $11.8 million in an 8-K filing with the Securities and Exchange Commission. This transaction could potentially be beneficial to the company when it comes down to tax liabilities since Bitcoin has dropped significantly in value since the cloud-based services firm began acquiring it in 2020.

“MicroStrategy plans to carry back the capital losses resulting from this transaction against previous capital gains, to the extent such carrybacks are available under the federal income tax laws currently in effect, which may generate a tax benefit,” the company wrote.

The firm also said it decided to acquire 810 bitcoins worth approximately $13.6 million on December 24. Alongside that purchase, MicroStrategy also reported purchasing 2,395 bitcoins from November 1 through December 21 for a total of $42.8 million – aggregating roughly 2,500 BTC in less than two months.

As MicroStrategy continues to build its cryptocurrency portfolio, the company’s current holdings are significantly below what they paid for. So far, more than $4.02 billion has been shelled out by the firm at an average price of $30,397 per coin.

Obviously, Bitcoin’s current drop in value is only temporary and it won’t be long before we see the flagship cryptocurrency reaching new heights above $100k per unit – it isn’t a question of ‘if’ but ‘when.’ 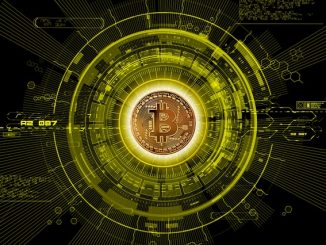 Domino’s in the Netherlands to Offer Workers Salaries In Bitcoin