Coinbase’s Tuesday (Oct. 31) court’s permission request to file an amicus brief in support of Ripple Labs against the US Securities and Exchange Commission (SEC) came as a complete surprise to many in the XRP community.

Unsurprisingly, some XRP faithful are speculating that the top US-based crypto exchange might relist XRP following the move.

As per Coinbase’s amicus brief, Coinbase, along with other cryptocurreny exchanges, was forced to suspend trading activities for the cryptocurrency following the SEC suit against Ripple in December 2020. Coinbase first listed XRP on its platforms in Feb. 2019.

Coinbase further states the Commission’s legal case prompted a domino effect that removed nearly $15 billion from XRP’s market capitalization, a hit primarily felt by XRP investors, who it should be noted were left holding the bags on a company that’s fundamentally strong.

In fact, if there is a definition for a business having traction as in product-market fit — and we are talking here about a co. facilitating cross border payments processing speeds slashed from 4 days (using today’s international financial infrastructure) to 4 minutes — then Ripple’s model definitely meets it.

Well, despite its latest show of support for the token, there is no guarantee that the exchange will list it again. It is most likely that Coinbase, which according to Ripple chief Brad Garlinghouse has shown little support for XRP, will wait to see how the SEC vs. Ripple case turns out before making a decision.

It’s important to remember that Coinbase’s brief does not bring to the court’s attention the fact that in 2018, the exchange had done an analysis and inquired with the SEC whether XRP was a security before listing it on their trading platform. In other words, this does not help disprove the SEC’s allegation that XRP is a security. Instead, it argues in Ripple’s defense, noting that the SEC’s lack of clear rules prevents them from taking enforcement action against Ripple.

I was waiting to read about Coinbase's analysis from 2018 (which analysis apparently concluded XRP was not a security)…but it was nowhere to be seen.

But all would be forgiven if XRP was relisted tomorrow, no?

As we previously reported, Garlinghouse, who has stated that the only condition under which Ripple would be willing to settle with the SEC is if the latter concedes that XRP does not qualify as a security, expects the court to give a ruling on the case in the first half of 2023. 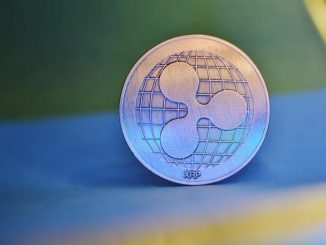