The two-year long SEC vs Ripple Labs lawsuit over whether XRP sales violated securities regulations could soon come to a close.

At the DC Fintech Week conference on Tuesday (Oct. 11), Ripple CEO Brad Garlinghouse said he expects the case between the US Securities and Exchange Commission (SEC) and his company, which began in December 2020, to end by the first half of 2023.

“Federal judges work at their own pace ; optimistically we are talking about 3 to 4 months, pessimistically it could be longer than that,” Garlinghouse said.

Ripple (XRP) is a digital currency and payment system that uses blockchain technology to facilitate global payments. The SEC alleged that Ripple sold $1.3 billion worth of unlicensed securities, and that the company’s CEO and two other executives profited from the sale of these securities.

The SEC’s lawsuit is currently ongoing, and a judge has yet to rule on the case.

Both Ripple and the SEC recently filed for summary judgment. In the legal world, a summary judgment is a ruling made by a judge without the need for a full trial. This type of judgment is usually only issued when there is no dispute over the facts of the case, and one side clearly has the legal upper hand.

Summary judgments are often seen as a way to save time and money by avoiding lengthy and expensive trials. In some cases, summary judgments can be appealed, but they are generally considered to be final rulings.

Garlinghouse stated that the lawsuit would be fully briefed before the judge sometime next month and that the only condition under which Ripple would be willing to settle with the SEC is if the latter agrees that XRP does not qualify as a security.

Garlinghouse also stressed that this case will not only determine the fate of the firm, but will also have a significant impact on the crypto industry as a whole.

XRP started the week on a strong note as the $23 billion market cap cryptocurrency jumped above the $0.53 level. The rally lost steam mid-week, and the token pulled back. It is currently trading just below the $0.46 area. 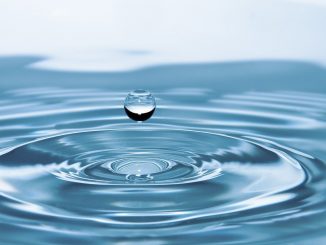 Ripple CEO: ‘I Am Betting On A Win Because The Law Is On Our Side’