Bitcoin (BTC) and major digital currencies are suffering widespread losses Friday with most cryptos sliding as much as 10%. The decline it’s being attributed to overnight news that Japan’s financial watchdog has ordered six crypto exchanges including bitFlyer — the country’s largest cryptocurrency exchange — to take steps against money laundering and terrorist financing.

In a statement on its website, bitFlyer said that its management understands “how serious these issues are, as well as how serious [the company is] in responding to them going forward.”

“In order to maximize our efforts towards building a suitable service and improving on the issues identified, we have temporarily suspended account creation for new customers of our own volition,” bitFlyer said.

The news follows two exchange hacks in the past couple of weeks, which saw $70 million of cryptocurrency seized.

“It’s critical that exchanges deploy top-notch security as it’s stricken confidence from the market,” Think Markets’ Naeem Aslam said to Marketwatch. “It’s beyond ridiculous, and I think regulators should increase pressure on exchanges with regards to security.”

Aslama also said that the hacks are negatively affecting the reputation of both bitcoin and blockchain.

Following Japan’s news, the world’s top digital currency hit a four-month low, breaking below $6,100. It’s currently trading down by more than 8% to $6.176 (if we break $6k, a pullback to $5k is very much in the cards). In terms of percentage losses, EOS (EOS) is today’s worst performing cryptocurrency in the top-ten. At the time of writing, the coin has shed 16.13% to $8.73. 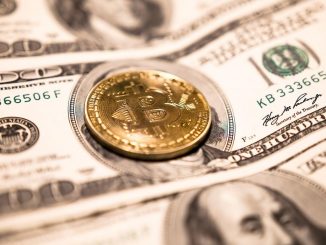 The IRS Takes A Position on Bitcoin