Speaking during a last-minute appearance at South by Southwest (SXSW) technology and culture festival in Austin, Texas on Sunday (March 11), Elon Musk, the SpaceX CEO and Tesla (NASDAQ:TSLA) co-architect said his company’s Mars interplanetary ship — known as BFR, or “Big Falcon Rocket” — will be ready for short trips in less than a year.

“We are building the first ship, the first interplanetary ship right now, and I think we will be able to do short flights, short sort of up and down flights, probably sometime in the first half of next year,” he said.

However, mindful of the fact his timelines historically have been optimistic, Musk hedged a bit-saying: “Sometimes my timelines are a little…you know…So I’m trying to recalibrate to some degree here.”

BFR is SpaceX’s privately funded next-generation rocket system that will eventually replace Falcon 9, Falcon Heavy and Dragon by creating a single system. Announced by Musk in September 2017, the eight stories tall, 42-engine launch vehicle, which features a first-stage booster and upper-stage “spaceship,” is expected to have capabilities for interplanetary travel, and be fully reusable.

While still a long way from getting all the way to Mars, Musk hopes that if BFR’s launch is successful, others will believe Mars travel is possible, and follow suit.

“The biggest thing that would be helpful is just general support and encouragement and goodwill,” Musk said. “I think once we build it we’ll have a point of proof something that other companies and countries can go and do. They certainly don’t think it’s possible, but if we do they’ll up their game.”

After mentioning that the construction of the first prototype spaceship is in progress, Musk offered a cautionary note about schedules while also saying the BFR will eventually be cheaper to operate than SpaceX’s original Falcon 1 rocket — about $5 million to $6 million per launch.

Last year the billionaire entrepreneur said that cargo missions to the Red Planet could happen by 2022. By 2024, Musk plans to fly four ships to Mars, two of which would have colonist crews in them.

The SpaceX founder has been an outspoken advocate of colonizing Mars, and warned during his SXSW appearance that the future of humanity may depend on it.

The interview covered a wide range of other topics, including that of self-driving cars and artificial intelligence (AI).

Musk issued another warning about the dangers of AI-based systems which are becoming as smart as, if not smarter, than humans. “I’m very close to the cutting edge in AI and it scares the hell out of me. It’s capable of vastly more than almost anyone knows, and the rate of improvement is exponential,” Musk said, noting that “AI is far more dangerous than nukes.”

“If humanity collectively decides that creating digital superintelligence is the right move, then we should do so very, very carefully. This is the most important thing that we can possibly do,” he stressed.

On the subject of driverless cars, Musk suggested that by the end of next year “self-driving will encompass essentially all modes of driving” and that the system will be “at least, a hundred to two hundred percent safer than a [human driver].”

Musk also briefly discussed Starlink, SpaceX’s plan to enter the communications industry through an internet-beaming satellite constellation that will provide cheap internet services to people on the ground. Starlink, he said, will also generate revenue needed for SpaceX’s Mars ambitions. 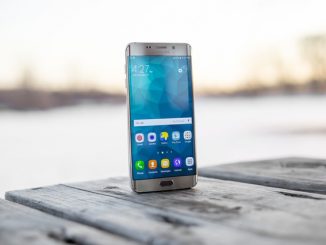 The Era Of Smartphones Is Ending