After days of delays, SpaceX’s Falcon 9 rocket carrying a Spanish radar observation craft and a pair of experimental SpaceX communication satellites for Starlink, the rocket company’s own constellation of satellites – nearly 12,000 of them – that aim to provide high-speed, cable-like internet from low-Earth orbit to the entire globe by 2024, lifted off from Vandenberg Air Force base in California on Thursday morning/Feb. 22.

The rocket’s primary payload, a 3,200-pound radar-imaging satellite called PAZ, for the Spanish government, and SpaceX’s newly dubbed Tintin A & Tintin B satellites (formally known as Microsat-2a and Microsat-2b) were successfully deployed about 11 minutes after the Falcon lifted off. Less than 120 minutes later, SpaceX/Tesla CEO Elon Musk tweeted that the demo satellites – each measuring about the size of a mini-refrigerator and carrying computer, power, command and control, propulsion and GPS navigation equipment – had successfully deployed and begun communicating with Earth stations. Musk added that Tintin A & B “will attempt to beam ‘hello world’ in about 22 hours when they pass near LA.”

While recognizing that a lot remains to be done with respect to the planned global broadband network, SpaceX has said that its satellite-internet prototypes, which are critical for Starlink’s progress in terms of validating the design and functionality of the platform over an anticipated 20 months of testing, will gather data necessary to help meet the network’s goal of going operational, in at least a limited capacity, by mid-2020.

“These are experimental engineering verification vehicles that will enable the company to assess the satellite bus and related subsystems, as well as the space-based and ground-based phased array technologies,” SpaceX officials wrote in a submission to the Federal Communications Commission (FCC).

If all goes well and SpaceX receives approval from the FCC to begin launching its first full low-Earth constellation of 4,425 satellites, we could see thousands of other small satellites being launched to begin operating in concert within the microwave band of all types of electromagnetic radiation and photon energies to provide fast and responsive data connections.

Current satellite internet customers are served by a handful of high-latency satellites parked in high geostationary orbit, 35,800 km (22,300 mi) above sea level. But Starlink’s constellations would provide low-latency connectivity by cutting that distance to 1,200 km (750 mi) low-orbit or by a factor of 30 to 100. After that, and as mentioned, Musk plans to add some 7,500 satellites in much lower 340 km (210 mi) orbit, to provide latency that feels more like a cable or fiber-optic connection. To give a better idea of current latency speeds; DirecTV and Dish Network broadband satellites offer latency speeds that are around 600 milliseconds at best – speeds that make real-time apps like VoIP and video chatting nearly impossible – way slower than the 25 to 30 millisecond speeds SpaceX is expected to offer.

It should be noted that SpaceX is by no means the only company pursuing a global, low-latency communications network: Kennedy Space Center-based OneWeb, Telesat Canada and Facebook among others, have also advanced similar plans for a new generation of low Earth orbit satellites. However, because of its unmatched reusable rocket technology, lower launch costs, and easier access to space, SpaceX is seen as having the best shot at deploying a new generation of non-geostationary low-Earth orbit satellites in a cheap and timely fashion.

The move into operating its own constellation is projected to generate SpaceX more than $15 billion in profit by 2025. While the project is ambitious to say the least, the lucrative potential of having blazing fast space internet available all the time (according to Musk, the network could bring 5G-like service to billions around the world) puts Starlink in a collision course with the ground-based systems of telecom giants like Time Warner, Comcast and AT&T, as well as with other constellations planned from the likes of aerospace giant Boeing, Space Norway, Audacy and Samsung.

While the impact Starlink’s global broadband Internet network might have in the industry of Internet providers remains to be seen, Elon Musk, being who he is, is not going to stop there. In fact, he’s already thinking ahead. In the long-term, the billionaire space entrepreneur whose plans include making human life multi-planetary, intends to make Starlink a communication bridge between Earth and colonized Mars.

Saying the guy is someone who, to say the least, thinks big and looks ahead, would definitely be an understatement. 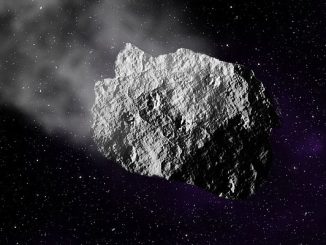