In an address on Sunday’s (Feb. 11) opening of the World Government Summit in Dubai, one of the world’s most popular theoretical physicists and futurist, Dr. Michio Kaku, presented a future that is quite impressive.

After identifying several interesting and a bit weird futuristic ideas, such as toilets that read our proteins or walls that talk to us, Kaku noted that in the next twenty years computers will be so cheap, they will cost a penny.

“The word ‘computer’ will disappear from the English language,” Kaku (via Futurism) said, implying that while we will not lose the term “computer”, these devices, just like electricity and running water, will be everywhere and nowhere, ubiquitous yet hidden.

Kaku continued by discussing how the current trends involving mass customization and 3-D printing (also known as additive manufacturing, in industrial parlance) would accelerate to change the fabric of our lives.

“We are talking about a new world. A world where, if you can imagine it, you can create it,” Kaku said. He described a world in which the combination of 3-D printing with synthetic biology and nanotechnology – which as branches of technology and the study of living organisms, respectively, will radically transform many design and production processes – will give us the ability to custom print a five-color, full-scale prototype of a high-heeled shoe or jewelry or any other bit of attire just by downloading them and printing them in our very own living room.

To this end, your living room’s wallpaper will evolve into a smartpaper and become a key part of interior design of your high tech house.

In the future, wallpaper will be replaced with digital paper, Kaku elaborated. Unlike normal paper, the smartpaper once infused with connecting capabilities to the Internet and other digital platforms will be able to retain a considerable amount of digital info that can be used in many different real-world applications. Kaku explained that in the future “we will talk to the wall to receive medical care” — and the wall will talk back and present whatever the owner would request.

Other predictions included driverless cars without steering wheels, MRI medical machines the size of mobile phones and internet-enabled contact lenses that will allow us to exchange thoughts and ideas as never before. “You will be able to talk to people in any language because your contact lenses will translate speech,” Kaku said.

The world renowned scientist believes that the socio-economic impact of the fourth wave of discovery which according to him as a technological revolution that consists of a combination of sophisticated computing, biotechnology, nanotechnology, AI and the quantum era, will lead us toward a future with extreme productivity and one that will be unlike anything we’ve experienced.

“We are building up to something that I call ‘perfect capitalism,’” Kaku said, describing the concept of a new economic system where the laws of supply and demand become exact thus “eliminating the middlemen” and consequently “all the frictions of capitalism.” In this new socioeconomically efficient environment, Kaku said, “the winner” will be all of society.

Lastly, Kaku explained how artificial intelligence (AI) advances can be transformed into regenerative therapies to thwart natural aging, noting that “AI may give us something that the kings and queens of old could never conquer: the aging process.”

While the radical scientific and technological changes in fields like communication and biotechnology – the latter as the foundation on which different kinds of technology are developed, are already here, the momentum in this fields and others will only gather pace as we move to new levels that would have been considered impossible a few decades back.

That said, it remains to be seen whether we will be able to successfully manipulate and control these fields to suit our needs. 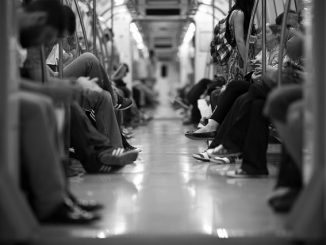