Gary Cohn, the former chief economic adviser to the Trump administration, commented Tuesday on Bitcoin (BTC) and the crypto’s limited utility as a currency, saying the world will have a global digital coin that is not bitcoin.

“I’m not a big believer in bitcoin. I am a believer in blockchain technology,” Cohn told CNBC’s Bob Pisani in an interview ; his first since leaving the White House.

“I do think we will have a global cryptocurrency at some point where the world understands it and it’s not based on mining costs or cost of electricity or things like that,” the former Goldman Sachs (NYSE:GS) executive said.

Bitcoins are created via an energy-intensive system called “mining”. Through this process records of a new transaction are added to the Blockchain-an incorruptible public digital ledger of financial transactions between two parties in the bitcoin network that eliminates the need for a third-party intermediary.

While the blockchain technology is an obvious breakthrough, the tech – which again here, has shown many remarkable uses – has run into challenges such as handling high transaction volume. In fact, bitcoin network transactions that should take minutes are taking days or not going through at all. Even more troubling is the fact that fees remain high. In December of last year, the transaction fee for sending $1 from one bitcoin wallet to another was 19 bucks.

Cohn, whose comments reflect growing doubts about the real world applications for bitcoin, expects the digital coin of the future will be simpler than bitcoin.

Cohn is not the first top finance guy to pour cold water on bitcoin. J.P. Morgan’s (NYSE:JPM) Jamie Dimon has called the crypto a “fraud”, while billionaire Warren Buffett has said that the craze over the digital currency and other cryptocurrencies won’t end well.

Obviously, only time will tell if bitcoin despite its unpredictable fluctuations – the world’s largest crypto by market cap (currently printing $155 Billion) spiked from about a dollar in 2011 to as high as $20,000 in late 2017 – will be able to weather the imperfections and suspicions and become not only a major market player but also a valid alternative to fiat currencies.

At last check, BTC was trading a little over the $9K per coin level. 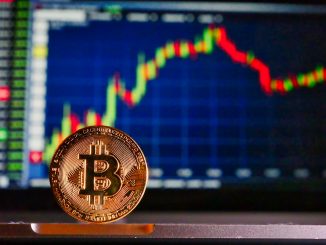 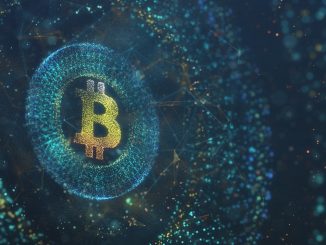