Carbon moves through our environment and in different forms. Scientists describe this movement as the “carbon cycle”.

In simple terms, this is how the cycle works: plants absorb gaseous carbon (in the form of carbon dioxide) to make food through photosynthesis; herbivores eat plants and utilize carbon for growth (through protein) or energy (through carbohydrates). Carbon gets passed around when carnivores eat herbivores. The cycle is completed when carbon gets released back into the atmosphere as plants, animals and other living things emit carbon dioxide as a byproduct of their metabolism.

Soil, one of our planet’s three major natural resources, alongside air and water is a large reservoir of carbon. In fact, soil contains two to three times more carbon than the atmosphere and plays a big part in the carbon cycle and, in an unexpected way, global warming. Soil contains not only decaying leaves and other parts from plants, it also harbors bacteria, fungi and other microorganisms that feed on this dead organic matter. All these components release gaseous carbon (as in carbon dioxide form) into the atmosphere.

Being a greenhouse gas itself, atmospheric carbon dioxide is notorious for trapping heat. With large spans of soils covering the surface of the earth, carbon emissions from soil play some role in global warming. Moreover, soils that are continually getting heated due to greenhouse effect pose an even bigger impact on our environment. This scenario makes up what ‘s called “the feedback loop system” which starts with global warming heating the soil ; the heated soil then emits more carbon dioxide, and more carbon dioxide obviously means elevated global warming effects.

To study this phenomenon, researchers led by ecologist Jerry Melillo of the US Marine Biological Laboratory conducted an extensive soil warming experiment on small sections of a forest owned by Harvard University in Massachusetts. They found out that carbon emissions from warming soils were indeed higher than expected.

To gather data, underground cables were installed to heat several sections of forest’s soil by increasing temperatures by up to 40 degrees Fahrenheit (5 degrees Celsius) above normal levels. Carbon emissions were measured and compared against unheated soil, which acted as a control instrument. The study, one of the biggest of its kind, started back in 1991 and took 26 years to get completed.

The results proved quite volatile. The first 10 years showed a dramatic increase in carbon emissions from the heated soil. This was suddenly followed by seven years of emission levels that went down for the time being. Researchers continued their monitoring to see if this behavior would mark the end of their study. Surprisingly, carbon emissions went up again in the next six years. The final three years of the study however, saw another decline.

Despite limited understanding, researchers attributed the first and second slowdowns to depletion of organic matter in the soil. Microbes adjust to these changes to look for a new food source or they simply wait for the food supplies to go up. When food is abundant, microbial activity is at a high and also is the release of carbon dioxide.

The team calculated that the soil lost 17% of its stored carbon. While this may not be universally true as soils around the world are not the same, the study is out to prove one thing: as global warming warms the soil, the soil could potentially make global warming worse over time.

“This self-reinforcing feedback is potentially a global phenomenon with soils, and once it starts it may be very difficult to turn off,” Mellilo said in an interview with Newsweek. “It’s that part of the problem that I think is sobering.”

But fret not, according to experts. This effect can be mitigated without even touching atmospheric warming itself. The key lies in taking good care of the soil by implementing techniques like planting cover crops, keeping the soil cool and using nanoparticles to protect soil structure. “People like me, our goal is to put carbon back in the soil and protect it from decomposition,” says Ohio University soil scientist Rattan Lal, who is not affiliated with the study. “Therefore, we focus on the management.”

The study is published in the journal Science. 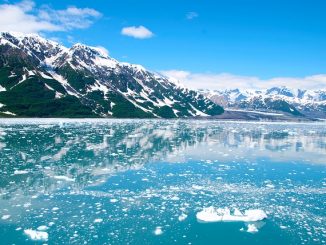 2 Comments on Are We In for An Unbreakable Cycle of Global Warming?