Advocates of the anthropogenic climate change hypothesis excoriate anyone who expresses skepticism as being anti-science. One of the hallmarks of true science is uncompromising commitment to the integrity of data. Ironically, this is a norm that warmists repeatedly transgress.

Case in point: the influential paper by Thomas Karl and coauthors which purports to show that the 15+ year pause in warming was chimerical. But a former NOAA scientist who was the primary steward for temperature data, and the designer of climate data protocols, has blown the whistle on this article. Dr. John Bates asserts that the data was fundamentally flawed, that the basic protocols were not followed, that Karl et al repeatedly made choices that biased their results in favor of finding warming, and that they failed to submit the data for review. To give just one example of their dubious choices, these “scientists” forced the more reliable buoy sea surface temperature data to conform with less reliable data collected the old fashioned way by ships.

But it gets better. And by better, I mean worse: “the computer used to process the software had suffered a complete failure,” which means the study cannot be replicated. (What?!? No backup?!? How is that possible?)

Replication is another bedrock principle of science. Since Karl et al cannot be replicated, for all intents and purposes the article does not exist. The journal that published it–Science–should withdraw the paper, especially since Karl et al violated the journal’s policies involving data archiving and documentation. Indeed, Science should repudiate it. It should be removed from all citation indices, and any journal that published a paper that cites it should carry an errata listing all of these articles. Further, the conduct of the researchers should be evaluated in order to determine whether any federal funding supporting the research should be returned.

Would that this were a one-off. Alas, basic temperature data has been manipulated in a perfect illustration of Orwell’s dictum: “He who controls the past controls the future. He who controls the present controls the past.” Those who control the data in the present have “adjusted” historical temperature records repeatedly, and almost uniformly in a way that shows more rapid warming. This has involved, for instance, reducing recorded temperatures from decades ago–most notably from the 1930s, which was a very warm period in the original, unadjusted data. By making the past cooler, these manipulations have increased the estimated rate of temperature increase, thereby advancing the warming narrative, and exerting control over current and future policy. The adjustments have not been done transparently, and they cannot be reviewed or replicated. God only knows if the original data has been retained with its integrity intact.

But even that Orwellian fiddling with the past was not enough to eliminate all anomalous evidence: the pause was flatly inconsistent with the predictions of the climate models, and in an effort redolent of “hiding the decline” of Climategate infamy, Bates makes a compelling argument that Karl tortured the data in order to “bust” the pause. And before anyone could check, checking became impossible.

It is not too much of an exaggeration to say that the data have been raped, by Karl in the present instance, and by many others who are actually allegedly the stewards of the basic records. This is profoundly unscientific, which makes the arrogant posturing of individuals like Karl, who presume to judge those who disagree with them as being anti-science, all the more insufferable. It also makes one wonder what they are afraid of, if the evidence regarding warming is so overwhelming and incontrovertible. 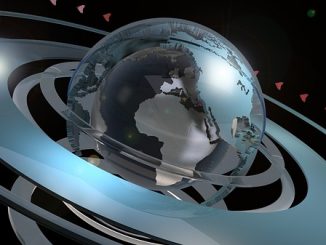