As if the world wasn’t beleaguered enough by the potentially catastrophic effects of global warming and climate change, now scientists are saying that we have to deal with an additional kind of threat that could be just as dangerous. They are referring to massive frozen domes of methane in the Arctic Ocean that are showing signs of an imminent blowout, the same kind of phenomenon that previously produced massive craters in the surrounding area.

What’s so bad about underwater methane domes exploding? Simply, methane is nearly 36 times more toxic than carbon dioxide as a greenhouse (or heat-trapping) gas. This means that if a methane dome explodes, it can potentially release an enormous amount of toxic methane gas not just into our sea waters but possibly to our atmosphere as well. And we’re not just talking about a single dome here, because there are a number of them under the Arctic Ocean as we speak.

But, let’s back up a little — how exactly did Earth get to have these underwater methane domes?

More than 20 millennia ago, the Barents Sea was home to a number of colossal-sized glaciers which helped keep gas deposits — including methane hydrates, an icy combination of gas and water — buried under the ocean floor.

However, when global temperatures started rising around 15 – 17 millennia into our history, the huge glaciers started to soften and melt (referred to as deglaciation), freeing up the gas deposits and allowing them to break through the ice barrier. The force of the gas was so strong that it pushed up the nearby sea floor, giving rise to those massive underwater domes made of methane hydrates (technically called gas hydrate pingos).

After the ice age ended the remaining ice sheet covering the Barents Sea became thin enough that the strong pressure from below eventually caused the pingos to explode, releasing vast amounts of methane into the ocean and the surrounding atmosphere, leaving deep craters on the sea floor as remnants of the explosions.

All of that happened nearly 12,000 years ago. And now, it seems we’re about to witness a recurrence.

Scientists have been monitoring the pingos on the Arctic floor for some time now. As University of Norway PhD candidate Pavel Serov (lead author of the study) told Phys.Org: “Every year we go back to the dome area with our research vessel, and every year I am anxious to see if one of these domes has become a crater.”

Based on its historic precedent, the domes are precursors to the explosions that create the craters. Right now, the domes are located about 20 meters below. The low temperature and high pressure of the water above it keeps them stable. Yet methane is continually seeping from these domes, and if the temperature of the water changes even slightly, it could easily destabilize the methane hydrates, and then the explosions would likely follow.

Considering how the Arctic has been experiencing record-breaking high temperatures, the possibility that we will be able to observe the domes as they change and eventually explode is not too far off. And because there isn’t anybody yet who can predict what kind of damage such explosion can do, it’s going to be something to really watch out for.

The research was recently published in the journal Proceedings of the National Academy of Sciences (PNAS). 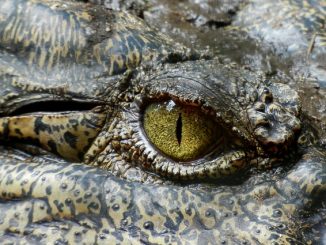