As queer as it may sound, thinking of DNA as a storage solution is actually quite a logical proposition. In terms of our own bodies, DNA stores so much information about us, and it does so in such a teeny amount of space. It’s also compact, secure, durable — it will not degrade over time as long as it is properly stored — and it’s unlikely to ever become outdated or obsolete. It even works using code, just like our computers do.

There have already been a number of attempts to store non-DNA related data in DNA. Geneticist George Church of Harvard University pioneered the idea in 2011 — storing a number of images, a Javascript program, and his own book in molecular strands.

In 2016, a team of researchers from Microsoft (NASDAQ:MSFT) and University of Washington were able to store 200 megabytes of data in DNA strands, which they were able to retrieve perfectly with no data loss.

Earlier this year, scientists from the New York Genome Center and Columbia University, using a new method they call ‘DNA Fountain‘ which cuts up data into chunks and reassembles it, were able to store over two megabytes of data in 72,000 DNA strands. According to their paper published in the journal Science, their method allowed them to store 215 petabytes of data (equivalent to 215 million gigabytes of data) in just one gram of DNA.

The reason behind using DNA to store information is clear. We’re reaching the physical limits of traditional storage media. And the amount of data we need to store is simply continuing to grow. Because DNA is supposed to be the densest storage medium, it makes sense that we should turn to it as a solution for our ever-increasing storage requirements. And software giant Microsoft is taking this, as it should, quite seriously.

As reported by MIT Technology Review, Microsoft is intent on pursuing what it already started — have a DNA-based storage system by the end of the decade. According to Doug Carmean, a partner architect at Microsoft Research — the aim is to build a “proto-commercial system in three years storing some amount of data on DNA in one of [Redmond’s] data centers, for at least a boutique application.” He describes the device as ‘the size of a large, 1970s-era Xerox copier’. They’re planning to brand it as ‘Your Storage with DNA’, and intend to eventually replace tape drives with it.

In spite of these obstacles, the company is optimistic that the outcome of their efforts will be positive. As explained by Senior Microsoft Researcher Karin Strauss, Ph.D.: “Demand for data storage has been growing at break-neck pace. Organizations and consumers who need to store a lot of data – for example, medical data or personal video footage – will benefit from a new long term storage solution. We believe DNA may provide that answer.” 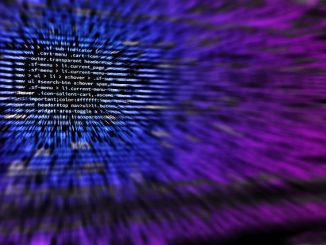 MSFT Stock: Analysts Still Bullish Over Microsoft’s Megadeal with LinkedIn and Here’s Why