If blood from teenagers can rejuvenate elderly mice, isn’t it logical that blood from much younger people — in other words, babies — can have an even more potent effect? It’s not just a reasonable deduction now. A team of researchers at Stanford University in California has just proven that the younger the source of the blood, the better its effects are on the elderly. At least when it comes to mice.

For this study, the researchers — led by Joseph Castellano — injected elderly mice with blood plasma (the liquid portion of blood) from human umbilical cords. To make sure that the bodies of the mice wouldn’t reject the plasma, they were specially bred to have faulty immune systems.

The results were not completely surprising — the elderly mice that received babies’ blood (from the umbilical cord) demonstrated the best improvement on memory and learning tests. Specifically, they learned faster and were able to find their way through a maze better.

These results suggest that as humans age, their blood also gradually loses its potential to rejuvenate.

Studying the results further, the team was able to isolate a protein in the umbilical cord plasma that appeared to be responsible for the increase in cognitive abilities. It’s called TIMP2 (short for tissue inhibitor of metalloproteases 2) and apparently, the older one gets, the lower the level of this protein gets.

To test their theory, the researchers injected the elderly mice with TIMP2. The effects were comparable with the results of the umbilical cord blood plasma injection. Additionally, it restored a behavior that mice typically lose as they age — the instinct to use bits of cotton, paper or some other material to create a bed to sleep on.

The team believes that both umbilical cord blood and the protein TIMP2 work on the hippocampus — that part of the brain associated with learning, forming memories and recalling information, and typically deteriorates as one ages. And if they are proven right, identifying a substance that can restore its function, or prevent it from degrading, can help lay the foundation for developing drugs that can help fight against cognitive decline related to aging.

The discovery of what having or not having TIMP2 can do is a promising first step. But there’s a lot more studying and testing that need to be done before the next step can be taken.

As Castellano said in a report published by New Scientist: “If and when TIMP2 looks promising as a possible therapy, I’d imagine there would be a great deal of interest. As the ageing population grows each year, I think we’ll increasingly need to look for ways to limit the harmful effects of ageing.”

The study was recently published in the journal Nature. 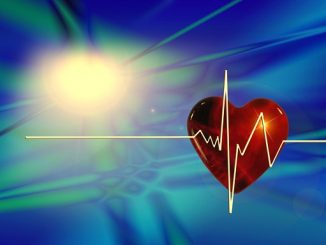