According to a study recently published in the Developmental Dynamics journal, researchers from the University of Washington (UW) have discovered that acorn worms are capable of regrowing every body part — including the head, nervous system and internal organs — and they can do it in 15 days.

In a press release issued by the University of Washington, Billie Swalla — a UW biology professor and one of the authors of the study– said: “Not only are the tissues regrown, but they are regrown exactly the same way and with the same proportions so that at the end of the process, you can’t tell a regenerated animal from one that has never been cut.”

The team found that after being cut in half, the acorn worm will grow a new head and a new tail on each opposite end. It takes around 3 – 4 days for the worm to grow a mouth, and another 5 – 10 days to grow kidneys and a heart. On the 15th day after being cut, the worms have regrown new neural tubes, the equivalent of a human’s spinal cord and brain. And so from 1 worm, there are now 2 worms. And when those 2 worms are cut, they go through the same regeneration process so that after 15 days, there’ll be 4 worms instead of 2 — all healthy, all thriving.

Why study acorn worms you might be asking. Because they’re our closest invertebrate relative. And although they live in sands around coral reefs, they have a body structure and genetic makeup that’s quite similar to ours. The big difference is, the researchers are suspecting that acorn worms have some kind of ‘master gene’ that makes regeneration and full regrowth possible. And this ‘master gene’ is present in all acorn worms.

So it’s been determined that we have many, if not all of the same genes being used by acorn worms to regenerate. Theoretically, this means that we should also be capable of the same functionality. Sadly, that isn’t the case. Yet.

While we are able to regrow skin cells and parts of certain organs, we can only do so to a certain extent. Meaning, we can’t achieve full regrowth. The team is saying that we have the potential, but something is standing in the way. It could be our immune system intervening by creating a scar and covering up the wound instead of letting a removed part grow back. Or maybe we’re simply too big and regrowing will take too much time and energy.

Whatever the case may be, the new research gives some hope that if scientists are able to figure out the cells that work together to allow acorn worms to regenerate, it may become possible to manipulate the same genetic network so it will work the same way in humans too. Maybe not regenerate a new head because that would be too bizarre. But at least regenerate new limbs after being amputated. Or restore nerve functions following a spinal injury. 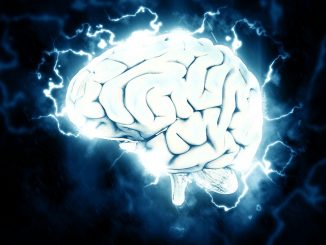 2 Comments on These Worms Could Hold The Key To Unlocking Human Potential For Regeneration?