For every action, there is an equal and opposite reaction. Or so we have believed ever since Sir Isaac Newton established the three laws of motion. Now here comes NASA with their controversial brainchild. And suddenly, the world of physics is facing a major shake up. We’re talking about NASA’s EmDrive. And their claim that the engine which most were discounting as impossible actually works.

It was in 1999 when the idea for an electromagnetic drive (EmDrive) was first proposed by British inventor Roger Shawyer. Rather than rely on traditional propellants, this engine will make use of bouncing microwaves within its interior. In other words, it’s an engine that will propel a spaceship into the cosmos, without using any fuel. Theoretically, such engine can hasten travel time. From the normal half a year travel through conventional rockets, a trip to Mars will be reduced to as short as just 41 days through the EmDrive. The big question — can an engine without fuel or propellant really work?

In a paper published by Eagleworks — NASA’s Advanced Propulsion Physics Research Laboratory team – we got our answer as evidence has been presented that showed the impossible was actually possible.

Taking off from Shawyer’s idea, the team developed and tested the EmDrive. Generating thrust by bouncing electromagnetic energy within its cone-shaped chamber, the device is capable of being propelled forward without expelling any kind of particle from the chamber. Supposedly, there’s higher momentum from bouncing microwaves on one end of the engine, and that’s what gives the whole engine its thrust. The system was tested in a vacuum and the results showed that the theory works.

There’s an action (forward thrust), but where’s the opposite reaction (backward thrust)? It’s hard to imagine especially since we’ve all grown up in a world where Newton’s laws of motion are laws, and everything else works according to Einstein’s theory of relativity. But now with the Eagleworks’ experiments publicly disclosed in a peer-reviewed journal, the “impossible engine” has ceased to be a concept that can simply be dismissed as science fiction.

Of course, passing peer review is not a guarantee of validity. But it’s still a crucial milestone because it’s an indication that other impartial experts are open to the possibility that the concept being presented is feasible. And with the information on methodologies available, others can also test the soundness of the theory, do their own experiments, maybe add their own inputs, and come up with their own conclusions.

It might take awhile before it can be proven for certain that the EmDrive is doable in the real world. It’s still an exciting prospect, though. For all we know, it might just have given us a peek into an alternate world where the laws of science work in completely different ways. Or, maybe let’s just stay grounded and look forward to the idea that one day, we might have a fuel-free engine that can power a spacecraft and bring us to Mars or some other planet where we can thrive again after our own planet gives out (in about 1,000 years). 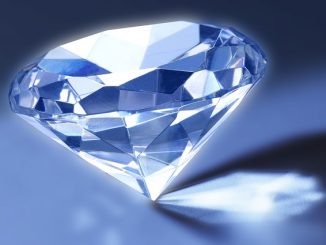 5 Comments on EmDrive: The Engine That Defies Newton’s Third Law