Netflix’s stock price has stagnated as subscriber growth has slowed. The company indicated in the first-quarter of 2016 that its streaming customer base expanded by 6.74 million new subscribers, including 4.51 million international subs and 2.23 million in the U.S. Netflix expects net additions for the current quarter to be down to just 2.5 million.

“As expectations around subscriber growth have become less sanguine, we believe the risk/reward around Netflix is becoming more compelling heading into earnings,” Raymond James’ Justin Patterson wrote in a recent note to clients.

Analysts covering Netflix’s stock have a median 12-month base case estimate of $120 p/sh with a high target of $150 p/sh. Currently there are 21 analysts that rate NFLX a ‘Buy’, 15 rate it a ‘Hold’. Three analysts rate it a ‘Sell’.

NFLX has lost more than 25 percent of its value since December’s $130.93 p/sh record.
—
Yahoo Inc (YHOO) is set to announce its second-quarter 2016 earnings after the market close on Monday, July 18. Analysts expect the struggling internet giant to report earnings per share of $0.10 and revenue of $1.08 billion. That would be $0.02 higher the $0.08 per share posted last quarter, and $0.06 lower the $0.16 posted in the 2Q of 2015. Revenue is projected to be $160 million lower than the $1.24 billion posted in the same period a year earlier. Meanwhile, EarningsWhisper.com reports a whisper number of $0.10 per share.

On Monday, Susquehanna’s Shyam Patil reiterated a ‘Positive’ rating and $44 price target on Yahoo shares. SunTrust’s Rob Peck on the other hand, downgraded Yahoo’s stock to ‘Neutral’ from ‘Buy’ and cut his price target by two points to $42.
—
VMware Inc (VMW) is scheduled to release 2Q16 earnings tonight after the close. The Street is looking for EPS of $0.96 and revenue of $1.68 billion. Last quarter, the provider of cloud and virtualization software and services posted a positive earnings surprise of 2.38%, reporting EPS of $0.86, $0.02 better than the Street’s consensus estimate of $0.84. Revenues increased 5.30% on a year-over-year basis to $1.59 billion versus the $1.51 billion reported. Meanwhile, EarningsWhisper.com reports a 2Q16 whisper number of $0.96 per share.

Shares of VMware have gained $0.64 to $62.71 in late morning trading on Monday, giving the company a market cap of roughly $27 billion. The stock traded as high as $117.12 on November 2, 2007.
—
Rambus Inc. (RMBS) is expected to report second quarter 2016 earnings after the bell. The Street has consensus estimates of $0.13 in earnings per share and $74.44 million in revenue. In the Q2 of the previous year, Sunnyvale California-based semiconductor posted $0.13 in EPS and $72.8 million in revenue. 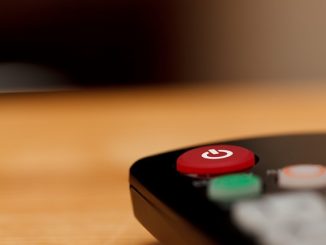 Netflix is Really Screwed If An Entertainment Pill is Coming (NFLX)