Shares of Twitter, Inc. (TWTR) rallied as much as 2.50% in pre-market trading on Monday on news the company named co-founder and interim Chief Executive Jack Dorsey as its permanent CEO.

Dorsey has served as Twitter interim CEO for the past three months, after former CEO Dick Costolo resigned on July 1.
—
Shares of Tesla Motors, Inc. (TSLA) were down marginally in pre-market hours after the electric carmaker reported deliveries of 11,580 vehicles during Q3, an increase of almost 50% from a year ago.
—
Shares of Spark Therapeutics, Inc. (ONCE) are up $23.57, or 53.65%, at $67.50, after the company this morning announced positive top-line results from the Phase 3 pivotal trial of its lead gene therapy product candidate, SPK-RPE65, for the treatment of a genetic disease.

“We saw substantial restoration of vision in patients who were progressing toward complete blindness,” commented Albert M. Maguire, MD, principal investigator in the trial and professor of ophthalmology at the Perelman School of Medicine of the University of Pennsylvania. “The majority of the subjects given SPK-RPE65 derived the maximum possible benefit that we could measure on the primary visual function test, and this impressive effect was confirmed by a parallel improvement in retinal sensitivity. If approved, SPK-RPE65 should have a positive, meaningful impact on the lives of patients with this debilitating condition.”

Based on these results, Spark intends to file a Biologics License Application with the FDA in 2016 as the first step in executing its global regulatory and commercialization strategy.
—
ANI Pharmaceuticals Inc (ANIP) shares jumped more than 10% to $47.80 in pre-market trading after the company reported that its board has authorized the repurchase of up to $25 million of shares of the company’s common stock.

“We invested in GE because it is undervalued and underappreciated by the market despite what we believe is a transformation that will allow its world-class industrial businesses to drive attractive share-owner returns,” Nelson Peltz, CEO and a founding partner of Trian, said, according to CNBC. 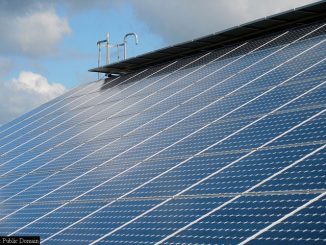