Apple (AAPL) is close to striking deals with both Warner Music and Universal Music Group within the week for its rumored streaming music service, reports CNET.

While details of the agreements remain fuzzy, report author Paul Sloan suggested that Apple will be paying the labels about half of what they get from Pandora for the rights to stream music to its listeners. In return, Apple is said to bring alternate revenue streams in addition to unique features, such as the ability to jump back to the beginning of song, that are not offered by other competing streaming music services.

“That includes a quick way for consumers to buy a song they hear, potentially boosting download sales from iTunes, as well as a revenue share of new audio ads Apple is planning to add to the free service, according to sources.”

Apple is reportedly also offering a cut of audio ads.

In describing the service – dubbed “iRadio” – Sloan said that Apple is referring to it as a “new streaming service,” which is a free service that is connected to iTunes and will work on mobile devices.

“Apple still needs to get Sony Music Group on board, as well as the music publishers. Even so, Apple has told the labels it’s determined to get all its deals signed in time for a summer rollout”, the report said, adding that in addition to the U.S., “Apple is hoping to quickly unveil the service in up to a dozen territories…including the U.K, France, Germany, Australia, and Japan.” 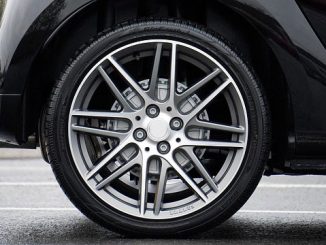 Apple (AAPL) Stock Could Gap Up on Monday, DeMark