Apple’s (AAPL) newly appointed Senior VP of Hardware Engineering Dan Riccio has sold 20,726 shares, or nearly $11 million worth of company stock this week with a small part of the profits going to charity.

According to a filing with U.S. Securities and Exchange Commission, Riccio sold off the shares in two separate trades on Thursday and Friday at stock prices ranging from $526 – $532 per share. Riccio also made a donation of 1000 shares, worth roughly $527K to an unspecified charitable organization.

Riccio has definitely left on the table a significant amount of money from these two trades when considering the fact that had he sold the stock at its all-time highs of $705, he would have made an additional 25 percent on the trades.

None of the shares sold this week were part of the 75,000 shares of restricted stock units Riccio received after being promoted in August. The stock options, which were granted on August 23rd and at the time were worth over $50 million/$662 PPS, will become fully vested on three separate intervals, with the first 25,000 units being available on December 23, 2013, then the rest on April 23, 2015 and finally August 23, 2016. 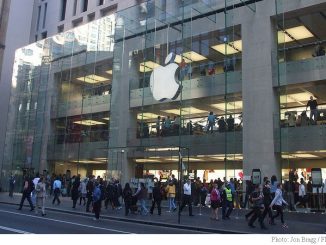