In the end, the polls and most of the reasonably nonpartisan analysts were right, and I was wrong.

President Obama was assured of a second term as Election Day turned into the morning after on the East Coast. It was a close election, especially in the battleground states, and there was a chance that Mitt Romney would actually collect more votes than Obama. But the president’s team managed to get enough of his core supporters, and perhaps some who were not so core, out to the polls in critical states to give Obama the Electoral College majority he needed.

In the end, the election did not hinge on Ohio, where Obama led by fewer than 25,000 votes (out of nearly 5 million counted) shortly after midnight. Romney lost this election in Florida, a state he simply had to win in order to be competitive in the Electoral College.

And it was not the traditional Florida Democratic vote – a coalition of older Jewish voters and urban African-Americans in the state’s three southeastern counties – that overcame Romney’s strength elsewhere. While Obama dominated the minority vote as expected, and apparently got those supporters to vote in the numbers he needed, he did not perform particularly well with older and Jewish voters. Sen. Bill Nelson, running for re-election, drew about 300,000 more votes than Obama did statewide, in a race against Republican Connie Mack that actually had around 400,000 fewer votes cast than in the presidential contest. A lot of people who voted for Nelson obviously preferred Romney to Obama. I surmise that many of those were Jewish.

Romney lost the race in places that have large Hispanic communities. With 83 percent of its precincts reporting, Miami-Dade County had given Obama 62 percent of its vote, a margin of nearly 200,000 votes. (Obama’s overall statewide lead was 50,000 votes.) Although the Miami area is home to many Cubans, who usually lean Republican, much of the Little Havana neighborhood is actually populated by first- and second-generation immigrants from Central and South America. They clearly do not care for the GOP’s “just say no” position on immigration reform. Obama also took 62 percent, a 25,000-vote cushion, in central Florida’s Osceola County, whose seat, Kissimmee, is home to a large Puerto Rican population that also is present in adjoining Orange County (Orlando), where Obama drew nearly 60 percent of the vote.

As many Republicans have warned for the past several years, the party’s problems with Hispanic voters carry a high price. Romney paid that price yesterday.

The cost was also evident in Nevada and Colorado, states that were considered to be in play but where Romney lost handily.

On top of his problem with Hispanics, Romney had a big problem with women. The gender gap, which has plagued GOP candidates for years, was fully evident last night. CNN’s exit polls told the story. In Ohio, 52 percent of men favored Romney, but men were only 48 percent of the electorate. Obama had the support of 55 percent of women, who constituted the other 52 percent of the vote. Obama accordingly carried Ohio.

It was the same story in Virginia, where Romney outpolled Obama 50 percent to 47 percent among men, but lost among women 54 percent to 45 percent – with women making up 53 percent of the vote.

And in Florida, Romney got 52 percent of the male vote, while Obama captured 53 percent of the female vote – nearly a draw, except that 55 out of every 100 voters were female. Nobody can win with such numbers.

Republican extremism on reproductive rights is the likeliest explanation. Simply put, people with uteruses do not often appreciate being told what to do with them. Republican Senate candidates Richard Mourdock (Indiana) and Todd Akin (Missouri) can attest to this, though they probably won’t. Each was soundly thrashed yesterday, even though they were running in states that Romney easily carried and that were at one time considered likely Republican pickups for the Senate. Each became known primarily for having made intemperate remarks about rape and abortion.

The GOP is not about to become the preferred party of the pro-choice crowd. It does not need to. But it needs to become more tolerant of a diversity of social viewpoints, not just on abortion but also on same-sex marriage and the role of religion in civic life, if it wants to regain a competitive footing nationally. The Republican Party started this presidential election having already effectively written off the entire West Coast save Alaska, and every state north of the Potomac River except New Hampshire. Obama carried all of those states, plus New Hampshire and Virginia (immediately south of the Potomac). That head start almost automatically gave Obama 186 electoral votes out of the 270 he needed for victory.

Romney will likely be second-guessed for having allowed Obama to define him as a self-interested plutocrat, and for letting the president regularly change the conversation from things that matter, such as the growing national debt and the state of the economy, to things that don’t, such as Romney’s personal tax returns.

I think that’s unfair. Romney ran a decent campaign, arguably a lot better than just decent, within a system set up by his party that would have handicapped any Republican challenger this year.

The system was designed to give disproportionate influence to tiny states where social conservatives dominate the party, such as Iowa (six electoral votes) and South Carolina (nine electoral votes). An interminable schedule of primaries in which big states were forced to the back of the line made Romney and his rivals cater to their party’s extreme right, where primary voters and caucus-goers come from. Even though Romney tacked back toward the political center pretty successfully late in the campaign, the primary process had the predicable effect of alienating coastal and Hispanic voters to a degree that Romney could not make up. I don’t think anybody could have done better after having gone through the GOP’s nominating gauntlet.

In the end, a country that says it wants change ended up almost exactly where it was when the campaign began. Obama will remain in the White House, Republicans will still control the House of Representatives, and Democrats still have a Senate majority. The only people who looked particularly good at the end of this process were the pollsters who saw it coming. 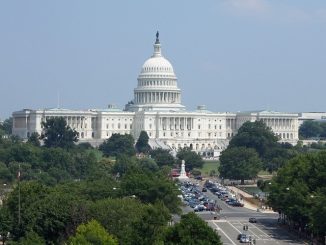 Who Takes The Senate Tomorrow?