It is not easy for news organizations to support investigative journalism in this era of stagnant advertising, shrinking audiences and staff buyouts. So I’m not quite sure what to say to The New York Times for breaking the story that the Internet runs on electricity.

The Times’ James Glanz spent about a year documenting the not-very-secret existence of huge data centers known as “server farms,” on the premise that many users do not understand that storing data in the cloud still requires hardware and the power to run it.

My guess is that pretty much everyone who cares about how the Internet works already knows that information such as your FedEx shipment’s location, the seating chart for an upcoming concert, or the video-on-demand of last week’s season premiere of “Modern Family” is stored in big racks of pizza-box-size computers that are wired together to replicate yesteryear’s mainframes, except bigger, faster and cheaper.

Most people probably don’t care, for the same reasons they don’t care about the nuts and bolts of all sorts of infrastructure. They just expect things to work.

Every field of endeavor has its wonks, and there are undoubtedly connoisseurs who can explain and admire the workings of our sewage treatment plants, railroad switch yards and electrical substations. Trade publications explore such matters in depth. The Sunday editions of general circulation newspapers usually don’t. So the first article in Glanz’s multi-part series (apparently once was not enough for the topic of server farms) made me wonder: Is there really an issue here?

Server farms are big and they do consume a lot of power. But we live in a 24/7 world, and the Internet is a global enterprise. As the song goes, it’s five o’clock somewhere; you can’t just shut off the lights at the end of the business day. Data centers must be designed to meet peak loads and will inevitably find themselves operating well below capacity most of the time, but is this news to anyone?

Articles that lack a lot of news often resort to a lot of hype. This is especially apt to happen if a reporter has spent a year reporting a story that turns out to be not much of a story. And so it was with the first article in Glanz’s series, which resorted to straw men in order to drum up some excitement.

People are concerned about nuclear power, so nuclear power was worth mentioning. “Worldwide, the digital warehouses use about 30 billion watts of electricity, roughly equivalent to the output of 30 nuclear power plants, according to estimates industry experts compiled for The Times.” What about the equivalent output of windmills or solar panels? Would that be better?

In another article in the series, The Times reported that server farms are typically connected to the power grid for their day-to-day operations, but require backup power to ensure that servers are not knocked offline by even a momentary interruption. They use banks of batteries to handle short-term power failures and, in most cases, have diesel generators to deal with longer outages.

Ordinarily, these generators are idle except for testing and when called into service during power failures. That doesn’t seem controversial to me. But The Times discovered that operators have sometimes failed obtain necessary permits before installing the generators, and in isolated instances, notably an unusual spike in generator use by Microsoft in 2010, the generators seem to have been run a lot more than would be expected. That’s pretty minor stuff.

The newspaper also devoted considerable space to the idea that most servers in a typical data farm are doing very little work most of the time. That’s true, and it’s inefficient, and it is probably avoidable in many situations. So the server farms’ inefficiency is a fair point to make, but it also inherent in most forms of computing.

If you check the metering program that is probably installed on your own PC, you will likely find that most of your computing power is being consumed by the “idle process.” The central processing unit is waiting around for someone to do something. Your disk drive also spends most of its time lazily spinning, waiting for a program to ask it to read or write some data. Each server in a server farm is a PC that has been stripped down to its basics: a CPU, a disk drive and a network card, all more powerful than the ones in a basic home computer. The servers have no screens and no keyboards. They wait until they are called upon to serve.

The Times noted that the National Energy Research Scientific Computing Center was able to run at just over 96 percent utilization in July, or near-perfect efficiency, by queuing large jobs and scheduling them so the machines seldom have down time. Should we try this for the Internet? You probably won’t like it if you click the “play” button to watch a Netflix video and the site tells you that your place in the queue means your movie will be ready to watch at 2:43 a.m.

Before it was full of server farms, the electricity-rich Pacific Northwest was full of aluminum plants. When I was in college in Montana, I remember a whole hillside just a few miles outside Glacier National Park that was barren of trees, next to an aluminum smelter that ran on perfectly clean hydropower. Server farms are, overall, still a cleaner way to create economic value than many of their alternatives.

Large data centers may be displacing a greater number of power-hungry computers in homes and offices, allowing us to use much more energy-efficient tablets and smart phones instead. And what about the people who can now telecommute thanks to the expansion and speed of data transfer? I regularly work from home, as do many of my colleagues at Palisades Hudson. Many businesses, because of telecommuting, can work out of less space – less space to heat, less space to cool, less space to light. In addition, telecommuting employees contribute to the downward shift in oil use.

For now it seems to balance. Per capita energy consumption over the last 20 years has not changed dramatically, despite massive changes in how we store and move information. We are redirecting our need for power, not increasing it.

My guess is that the Internet, on the whole, has been as much an environmental boon as an economic one. I would be interested in an investigative series that tells me otherwise, but that isn’t the series that Glanz and The Times produced.

As with any young and fast-growing industry, efficiency takes a backseat to performance in the initial rush to keep up with demand. Fine-tuning for efficiency will come later. Right now, our greatest achievement is creating a world where users can get the data they want and need, wherever they are, whenever they want it. The Internet’s plumbing is about as newsworthy as that of the average sewage treatment plant, as long as they both do their intended jobs. 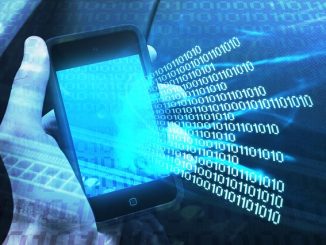 Did the Internet Prevent All Invention from Moving to One Place?

JPMorgan ‘Still Confident There Will Be A Twitter Investment’: Report