“The Americans? Really? Every year the International Energy Agency (IEA) calculates humanity’s CO2 pollution from burning fossil fuels. And once again, the overall story line is one of ever-increasing emissions:

“Global carbon-dioxide emissions from fossil-fuel combustion reached a record high of 31.6 gigatons in 2011.”

The world has yet to figure out how to stop the relentless increase in climate pollution. But mixed in with all the bad news there was one shining ray of hope. One of the biggest obstacles to climate action may be shifting. As the IEA highlighted:

“US emissions have now fallen by 430 Mt (7.7%) since 2006, the largest reduction of all countries or regions. This development has arisen from lower oil use in the transport sector … and a substantial shift from coal to gas in the power sector.”

It seems the planet’s biggest all-time CO2 polluter is finally reducing its emissions. Not only that, but as the chart above shows, US CO2 emissions are falling even faster than what President Obama pledged in the global Copenhagen Accord.

Here is the biggest shocker of all: the average American’s CO2 emissions are down to levels not seen since 1964 — almost half a century ago.” 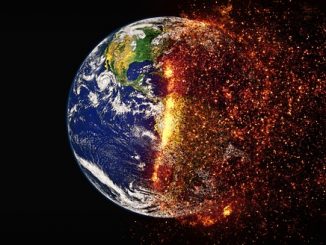 Are We In for An Unbreakable Cycle of Global Warming?