As long as scientists have known much about the age of dinosaurs, they have wondered what caused their massive and sudden die-off. It wasn’t just large reptiles that died. When the dinosaurs disappeared, three out of four living things on the planet also went extinct. Of Earth’s five greatest extinctions, the Cretaceous-Tertiary extinction 65 million years ago, Earth’s last major die-off, remains one of the most mysterious.

A recent study published in the journal Science adds more speculation about the event. Although the vast majority of scientists believe a large asteroid that fell in what is now the Caribbean Basin created the CT extinction, there has long been thought that massive volcanic outflows at the time created climate change that could have been the cause.

The study by researchers at the University of California, Berkeley suggests massive lava outflows that created the Asian subcontinent of India at the time may have been accelerated by the asteroid impact, causing far greater eruptions and volcanic activity that flooded the skies with particulates and dramatically reduced how much sunlight reached the surface, creating, in essence, a nuclear winter that lasted for eons.

Did plant-eating dinosaurs like the triceratops suddenly disappear 65 million years ago because an asteroid hit Earth, or was their demise more complicated?

The study’s scientists speculate that the impact of the asteroid pushed on tectonic plates and released far more lava from the mantle on the other side of the Earth. We know from previous studies that volcanic activity in what is present-day India began about 170,000 years before the asteroid impact, but it greatly accelerated after the impact and spewed ash and dust into the atmosphere for another 500,000 years.

Part of the conundrum is that not many species appear to have died off in the time frame leading up to the asteroid. The study’s authors were able to confirm that the amount of lava flowing after the asteroid impact was more than double the flow before it hit.

The catastrophic nature of such a large asteroid impact is a worthwhile study for humans. Astrophysicists agree that the chances a large (more than six miles across) asteroid will hit Earth again is 100%. The only question is when it will happen.

Jim Green, head of planetary exploration at NASA, recently told me that his agency had studied about 80% of the asteroids we can identify that could threaten Earth in the asteroid belt between Mars and Jupiter. He said, “We think we’re OK for about the next 200 years.” When I asked about the other 20% that haven’t been studied or incoming from the Kuiper Belt beyond Neptune, he just smiled. 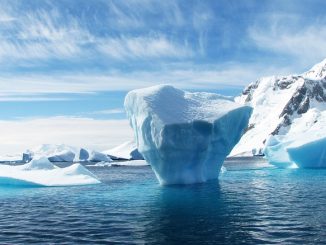 Climate Change Stunner: U.S. Leads the World in CO2 Reductions Since 2006, Thanks to Natural Gas