The euphoria surrounding the upcoming Facebook (FB) IPO is reaching untold levels. Retail brokers have stopped taking orders. The offering price range has been sharply increased. And the amount of stock that sophisticated investors and insiders are offering has jumped dramatically. So what should one think about this in light of the upcoming IPO? I’ll tell you – buyer beware.

The market dynamic reminds me a lot of how investors were lining up to buy the Blackstone (BX) IPO back in 2007. The firm was on a roll. Private equity was scorching hot, supported by cheap debt that made almost any highly leveraged deal look good. And there was immense scarcity value as none of Blackstone’s peers had yet gone public (while certain specific vehicles of KKR and Apollo had floated shares, they did not represent shares in the parent company). And the firm was headed by the most visible figure in the industry, Steve Schwarzman, who commanded the respect of both public and private investors alike. Current operating executives such as Schwarzman and Tony James were selling large amounts of stock. Taken together this indicated to me that private equity in general and Blackstone in particular were on an unsustainable roll, and that the people who knew their business best – Messrs. Schwarzman and James – were sellers. Forget about asset allocation and estate planning; these gentlemen took home tens of millions to hundreds of millions of dollars a year in pay. So to say that liquidity was a primary motivator makes no sense: it was simply about buying low and selling high. That’s what these people do for a living.

So how did the story end? It started its public life trading under the ticker symbol BX. The stock popped from $31 to over $35 on offering day and has been worse than dead money ever since. It has oscillated in the $10-$20 range for the better part of four years, and currently trades at around $12. In short, while Schwarzman, James, Tom HIll, Pete Peterson et al sold shares at $31, IPO investors have gotten shellacked. This should come as no surprise given a stock that was priced for perfection and a savvy management team that was smart and motivated to hedge their personal exposure.

So what about Facebook? Like Blackstone, a great company and a leader in its field. Also a beneficiary of scarcity value given that there isn’t a public company quite like it that represents an opportunity for institutional or retail investors. And while its principals might not be the market-driven sharks like those running Blackstone, their investors firmly fall into this category. And while its business is indisputably powerful, the multiples being applied to its revenues and cash flows stress the imagination. Might it grow into its IPO price? Certainly. Are there significant risks to achieving this? Absolutely.

My Financial Times Op-ed concerning the Blackstone IPO was written over five years ago, yet a re-reading leaves me feeling as if I’m seeing the same movie five years later – except the company is called Facebook. 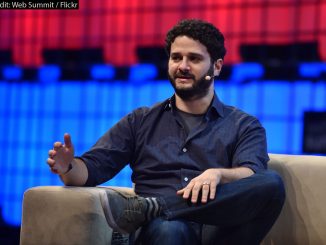