Luis Echeverria became president of Mexico in 1970. These were troubled times for the country. By the end of his term in 1976 every economic variable was running off the rails. Huge inflation, current account, trade and big budget deficits.

To keep the economy alive numerous steps were taken to kick the can down the road through the next election. The most dangerous efforts that Mexico took were in its debt profile. The public and private sector was borrowing in dollars. The worst part was that the Mexican central bank was printing Pesos like mad in an effort to keep the banks liquid. The Pesos went into the banks; the banks immediately lent it back to the Mexican Treasury which was running a huge deficit. This was an early version of QE. The central bank created credit; that credit was used to fund the government deficit. All of the emergency steps were advertised to be “only temporary”. More stable policies were promised following the next presidential cycle.

In 1976 Jose Lopez Portillio took office and not long after, the Peso was devalued and economic hell broke out in Mexico. Portillio had inherited a disaster. All of the band aides fell off. There was no chance for an orderly economic transition. Only a massive devaluation and wipe out of debts could address the problem.

I was trading FX in this period. I had many US multinational clients with Mexican exposure. Every one of my customers got their faces ripped off. I hadn’t done much to help them.

By 1982 things had again gotten tenuous in Mexico. Portillio did exactly as his predecessor. He kicked the can down the road until after the election. The critical variables were Mexico’s dependence on foreign debt and the central bank’s financing of the government via the commercial banks. To keep a lid on things the Central Bank artificially set interest and FX rates. It was a rigged casino.

In 1982 the new president, Miguel de la Madrid took office. A massive devaluation soon followed. The chaos was so bad that it forced Mexico to default on $100+ billion of foreign debt. The devaluation precipitated what is referred to as The Lost Decade.

In 1982 I was still doing FX. I had a dozen corporate clients who saved a bundled based on my advice that Mexico would go tapioca. I’d learned from the last experience.

1994 was no different. Salinas Gortari’s term as president left the country in a fragile position. The same mistakes were made. Incoming president Zidillo was forced to devalue. In an effort to contain the crisis Bill Clinton was backed into making an emergency $20B loan to Mexico.

In 94’ I had no clients to protect. I made money myself on this deval.

I bring this history up to make a point about what America has set itself up for. In many ways we look like Mexico in the critical years of 1976, 82’ and 94’. In the year preceding an election the country has taken a number of steps to kick the can down the road. Promises have been made that all of those emergency steps will be reversed starting in January 2013. Some of the big issues that have been tabled:

A) The Bush tax cuts on those making more than $200k will expire.

B) The Bush tax cuts on those making less than $200k will also expire.

C) The Patch on AMT will expire.

E) The 99-week extended unemployment benefits die on 12/31. (The emergency benefits will also be extended for 2012)

F) There will have to be a budget that is approved. Alternatively, a series of continuing resolutions is required to avert a government shutdown. We have not had an approved budget in over 900 days.

G) 2013 is the first year that there will be mandatory caps on discretionary spending. These limits will result in a YoY decline in government spending.

H) The Federal Reserve has promised to keep interest rates at zero into 2013. While it is possible that the Fed could continue the madness for even longer, the reality is that interest rates have nowhere to go but up.

I) By January 2013 it will be painfully evident that the country’s key social programs, Social Security and Medicare will be running in the red at a pace that is far higher than anyone considered possible. The need for dramatic changes in these programs will have to come onto the table. The implications of this will be significant.

J) In 2013 the issues of Fannie, Freddie, FHA and the Federal Home Loan Banks must be addressed. The problems at the housing agencies has festered too long.

K) The country will face another debt ceiling extension. The last time cost us our AAA.

L) At some point in 2012 economic events (Probably Europe) will force the Fed into yet another round of QE. More LSAP and another increase in the Fed’s balance sheet. But when completed the Fed will have fired it’s last bullet. QE-3 will not achieve any better results than QE-1 or 2. The policy will be discredited as it achieves nothing positive and causes inflation. There are no credible options left for the Fed to fight the slowdown that HAS to occur when the effects of A – K are felt.

America looks like Mexico of the 70’s – 90’s. The last election cycle brought us the biggest economic crisis in 70 years. The next election will be no different. Dozens of landmines have been planted. They are timed to go off in 2013. Some may be fixed, others kicked further down the road. However the odds of the country addressing all of the things that have been programmed to explode is, in my opinion, close to zero. One or more of these things is going to trip us up. There are too many big issues to confront.

When history looks at this period it will point to the incredible mismanagement of the economy that has taken place. A crisis is being programmed. It will go off like clockwork; it is now set on autopilot. I blame the partisan politics in D.C. for setting the country up for a big fall. But the reality is that the politicians are deeply divided because the voters are equally divided.

Not all these problems are Obama’s doing. But he, and his Treasury Secretary, Tim Geithner, have done everything they could to kick the problems of the day to just 13 months from now. It kills me that TG is still considered the fair-haired boy. I doubt history will agree with that assessment. 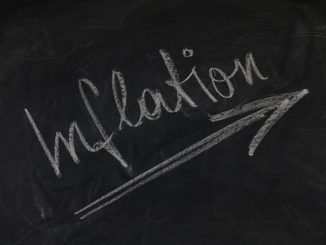