While the unemployment rate (9.1% in September, unchanged on the month and down from 9.6% a year ago) gets the headlines, it is worth digging just a little bit deeper into that number. The unemployment rate is really the civilian participation rate divided by the employment rate, also known as the “employment population ratio.”

The total population (over 15 years old) is divided into three groups: the employed, the unemployed and those not in the workforce. The participation rate (blue line in the graph below) is the percentage that are either employed or unemployed. It will never reach 100%. For that to happen, the social security retirement age would have to be raised not to 67 or 68, but to 167.

However, as the graph below shows, the participation rate was in a huge secular increase from the mid-1960’s until the end of the 20th century. Yes, it would flatten out and decline slightly during recessions, but it would always return to a higher high, and the low during the next recession was always much higher than the previous low.

The front end of the baby boom is just now hitting retirement age, and that will put continuing downward secular pressure on the participation rate for years to come. The participation rate had been steady at 64.2% in the first half of 2011 before dipping in June and July, but has returned now to the levels of earlier this year.

Its high water mark was 64.7% in April 2000. Unlike previous recoveries, it never came close to hitting a new high after the 2001 recession was over, only getting back to 63.7% in March of 2007 before starting to fall again. During the Great Recession it really fell off a cliff, hitting 58.2% early in 2010. It erratically pushed its way higher through the middle of 2010, but then collapsed back to 58.2% in November.

July set a new low that has not been equaled since November of 1983. The rise over the last two months is very encouraging, but has to be seen in the larger historical context. (Graph from this source). Better Than the Last Two Times

Note that in the 1991 and 2001 recessions, the employment rate (employment population ratio on the graph) continued to decline for a very long time after the recession ended. The NBER declared the Great Recession officially over as of June 2009.

You would never know it from listening to the press or the pundits, but this recovery has been better on the jobs front than the two recessions that preceded it, particularly when it comes to private sector employment. However, both of those recoveries were far slower than all of the post war recoveries that preceded them.

Job Numbers Back to 2004 Levels 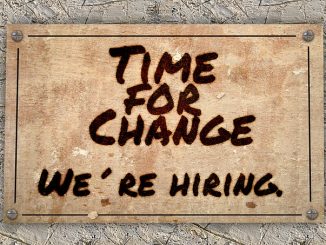